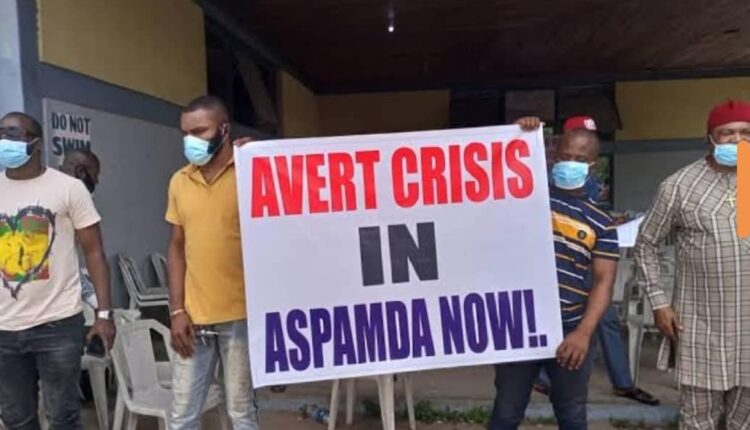 The Federal High Court sitting in Lagos has cautioned the State Government against continuous disregard of its order on the registered members of Auto Spare Parts and Machinery Dealers Association, (ASPMDA) election, just as it ruled that all parties should maintain the status quo pending the suit over the association’s poll.

It emphasized that the representation by the Counsel was an indication that parties were fully aware of pending court proceedings and stressed that everyone must comply with the directives to avoid attracting its wrath.

While ruling on the case before it, Justice A. Lewis-Allagoa, yesterday, reiterated the order earlier granted on July 22, by his learned judge, Justice P. O. Lifu, directed that all parties must respect the court order, while condemning executive rascality.

Justice Lewis-Allagoa ordered ASPMDA not to conduct the association’s election pending when the matters before it are fully determined.

The judge after oral application by the counsel to the applicant, ASPMDA, for parties to respect the integrity of court by adhering to the principle of LIS PENDE SI and arguments against such by the Counsel to Lagos State, the court granted an Order of Status quo ante Bellum pending the hearing of all applications challenging the Court jurisdiction.

According to the judge, this presupposes the fact that parties are asked to maintain their positions before the hostilities and not take further steps.

To allow proper review of the suit before it and give all parties the opportunity to argue their case, Lewis-Allagoa thereby adjourned the suit to Dec. 8, 2021.

The suit (FHC/L/CS/1548/2021) was initiated by the Applicant in reaction to the letter of 18th October, 2021 purportedly written by the State Attorney-General directing Anthony Ohagwu to take over the leadership of ASPMDA and conduct elections within 45 days.

In the suit before the court, the applicant is seeking among other reliefs an Order of Court declaring the letter of 18th October, 2021 ineffective, null and void.

The office of Attorney-General was duly represented in Court by one Adebayo Haroun and Anthony Ohagwu and ASPMDA caretaker team were represented by Chuks Nwalugha, whilst the Association was represented by Kehinde Yekeen,

On November 18, 2021, when the suit came up before the court, the Lagos State Counsel and the counsel to Ohagwu informed the court that they had an application challenging jurisdiction of Court and said applications were served on Applicant’s counsel in Court and by the relevant rules of Court he was entitled to react to same within the period specified hence the application for an adjournment.

In a counter-reaction, Counsel to ASPMDA, Yekeen argued that It was absurd that despite the Order of Court, Ohagwu had made it known to members of ASPAMDA that they had the backing of the State to disregard the Order of Court and conduct elections on November 25, 2021.

“It is disturbing and very difficult to believe the claim by Anthony Ohagwu that Lagos State-sanctioned their unprecedented flagrant disrespect to Order of Court.

“The State Attorney-General who was well represented in Court by senior staff of the ministry and a Minister in the Temple of Justice is expected to guide His Excellency on the need to see that the Order of Competent Court is giving effect to rather than giving a nod to an act of disobedience of court order by the alleged individuals.

“The action of the State government cannot be excused on the basis of maintaining peace and order rather a position exhibiting Injustice and partiality within the multi-billion naira plaza established by members of ASPMDA and most especially the action is a clearer picture of bringing the judiciary to odium” Yekeen argued.