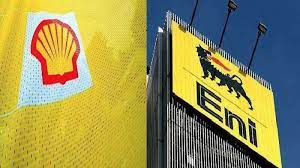 An Italian court has acquitted energy companies, Eni and Royal Dutch Shell along with past and present managers of any corruption act during the purchase of $1.3 billion OPL 245 offshore field in Nigeria.

The case known in Nigeria as the Malabu Oil Scam involves the multinational oil companies, Eni and Shell, who paid $1.3 billion in 2011 to acquire OPL 245 offshore field, one the largest oil fields in the country.

The payment was made into the account of  a company called Malabu Oil and Gas owned by Nigeria’s former Oil Minister Dan Etete.

However, Italian prosecutors claim that most of the payments were kickbacks to Nigerian government officials and nearly $1.1 billion stolen by Nigerian politicians and middlemen, with Dan Etete keeping half.

However, the judgment delivered by Italian Judge Marco Tremolada comes more than three years after the trial first began and after a total of 74 hearings. The judge said the companies and defendants had been acquitted as there was no case to answer. The ruling is however subject to appeal.

Prosecutors had called for Eni and Shell to be fined and for a number of past and present managers from both companies, including Descalzi, to be jailed.