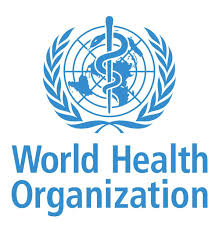 The World Health Organisation (WHO) has disclosed that the deadly coronavirus pandemic originated from wild animals in China and that there was no evidence backing allegations that the human infection was man-made or genetically engineered.

The organization said that all available evidence on the disease outbreak refuted claims, such as recently made by the American President, Donald Trump, who had alleged that the coronavirus pandemic was as a result of China’s negligence in letting the virus leak from its laboratories.

The spokesperson for the health regulatory organization, Fadela Chaib, said that, contrary to such claims, documentation on the viral outbreak proved that the infection was likely resident in bats prior to its incidence in human beings and that no evidence of scientific manipulation had been recorded by the WHO.

Chaib, while speaking to newsmen in Switzerland, on Tuesday, confirmed that the WHO had ascertained that the coronavirus infection originated from wild animals and that all claims of laboratory tests and manipulations were found to be devoid of documented proof.

She said that though the WHO was yet to determine how the infection had crossed over species to infect human beings, the body was certain that the pandemic had gone through natural channels and was not a result of scientific experimentation.

“All available evidence suggests the virus has an animal origin and is not manipulated or constructed in a lab or somewhere else. It is probable, likely, that the virus is of animal origin. It most likely has its ecological reservoir in bats but how the virus came from bats to humans is still to be seen and discovered”.