Man confirmed as coronavirus positive person is not our staff- NNPC 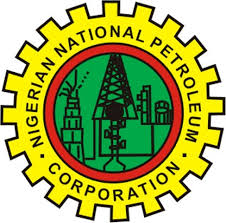 The Nigerian National Petroleum Corporation (NNPC) has disclosed that  confirmed coronavirus case discovered at one of its Estate in Garki Area of Abuja, the Federal Capital Territory (FCT), was a non-member staff of the corporation contrary to rumors been speculated that the identified person was member staff of the regulatory body.

NNPC also dismissed claims that many staff of the corporation had contracted coronavirus from the facility through the first case who has been transferred to an isolation center to prevent the virus from spreading.

In a statement signed on Saturday by Group General Manager, Public Affairs Division, Dr. Kennie Obateru, disclosed that the affected person was an individual who had just returned from the United Kingdom (UK) and developed symptoms of the decease few days after.

“His case was said to have been confirmed positive by the NCDC after undergoing a laboratory test and in line with NCDC approved protocol, all residents of the affected apartment were moved out and placed in Isolation, while officials of NCDC undertook disinfection of the flat and adjoining areas to eliminate the chances of community infection.

According to the statement, NNPC had long embarked on public awareness campaigns within the corporation and beyond her borders including sharing with the residents of the Estate guidelines on successful self-supervised isolation to ensure strict adherence to all NCDC prescribed safety measures designed to tackle the COVID-19 Global pandemic.

Our food program for lockdown was sabotaged-Sanwo-Olu