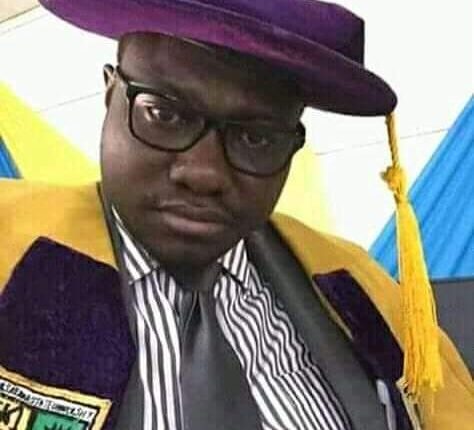 Let me start by emphasizing that I am a bonafide member of the Academic Staff Union of Universities (ASUU) and by virtue of academic freedom entitled to my opinion. Therefore read my write-up to the end, and then you can crucify me if you like.

ASUU needs to concentrate on welfare and channel other grievances to existing institutions. True, that the welfare of teachers must be improved for the good of the student and the quality of research output, but, like foreign sanctions, it is only the innocents that suffer from the fallout of strikes. If strikes worked as a strategy twenty-five years ago leading to the establishment of the Education Trust Fund, it is absurd to imagine that in the face of tremendous advancement in establishing institutions and mechanisms that could address and resolve such grievances, a strike is still considered an option.

Twenty-Five years ago there was no TETfund with sustainable cash flow to address strictly such matters, no National Assembly (NASS) to ensure appropriation of necessary funds for the periodic revitalization of public Universities, no National Industrial Court to adjudicate over such grievances, no private universities where children of the targeted elites could avoid the effects of the strikes, no autonomy for universities to innovate ways of addressing their peculiar needs, no accreditation exercises to confirm capacities of institutions to mount programmes, and not as many state universities that compliment the input of Federal Government.

I have no idea what is the exit plan of ASUU in all these, but I have my doubts if we can ever recover from the extreme impacts of these strikes. It is only the children of the poor that suffer, now that children of the elites are all in private universities and institutions abroad. The truth is that ASUU needs to be focused on welfare and well-being of its members. The salary of academics vis a vis the economic reality is poor, that’s what ASUU should have concentrated on not IPPS or UTAS or some petty revitalization funds or dictating to the employer how they must be paid. Note that upon all the strikes, NSUK’s full benefit from the revitalization funds in the last ten years is far below One Billion. That of TETund is considerable but could have been more if the process was transparent and ASUU pays attention to the activities of the managers of the funds.

As for standard infrastructure and improved facilities, the solution is not a strike because the National Universities Commission (NUC) and other regulatory body accreditation systems already take care of that. Just present the facilities as they are during accreditations for the programmes to be sanctioned and the institutions will be forced to find the resources to upgrade. But members actively rig the process to secure fraudulent full accreditations only to scream of inadequate facilities immediately after the accreditation teams depart.

Claiming Earned Academic Allowances (EAA) is also unfair because we force ourselves to undertake excess work only to forcefully claim the allowances from Government. Why don’t we just teach the accredited lecture hours and insist that the institutions hire more staff to handle the extra? Now such claims have become tools of blackmail against the government even when the process is vulnerable to fraud. We all know that the huge claims put forward by many of our colleagues are doubtful.

In the midst of fighting wars that are not ours, ASUU has missed the point. All this will be over and SSANU and NASU and Polytecnic academics and intermediate officers will still be earning more than Professors, and the General package will still not take us home. Due to internal jealousy, we have failed to resolve the issue of mainstreaming the EAA in NSUK which in reality could amount to an improved package for our members. It’s been five years now since SSANU and NASU resolved theirs, while we are still piling up these EAA doubtful bills as claims against Government.

Between March and September this year, NSUK lost an average of N6 billion in lost revenues and pay without work, far above what we stand to benefit at the best of times both from any interventions that may result from the “solidarity” strike and any form of federal support to state universities.

ASUU should drop every other claim and concentrate on our welfare and pay package eg salaries, allowances, safety and security, housing, medical and research plus advanced training and vacations; leave the issue of infrastructure and facilities to accreditations to shut down programmes not fit to remain. My position still remains that instead of EAA, Universities should employ enough teachers and researchers to cover the courses.

Abdulkarim Kana is a lecturer and a public affairs analyst