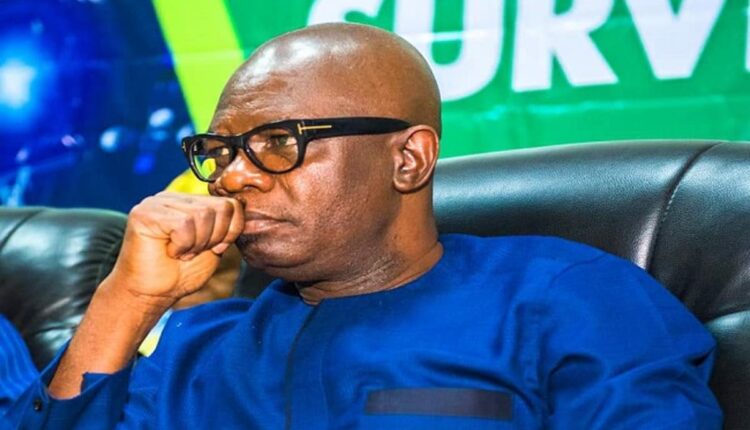 Controversy has continued to trail the alleged impeachment moves of the Ondo State Deputy Governor, Agboola Ajayi by the State House of Assembly.

It was gathered that the state lawmakers began an impeachment process for the Deputy Governor after which he was reportedly served an impeachment notice on Tuesday after being accused of gross misconduct.

As gathered, no fewer than ten police and NSCDC patrol vehicles were stationed at the entrance of the assembly while visitors were turned back by the security personnel at the entrance gate.

It was gathered that 14 lawmakers supported the impeachment process while 9 lawmakers were against the move.