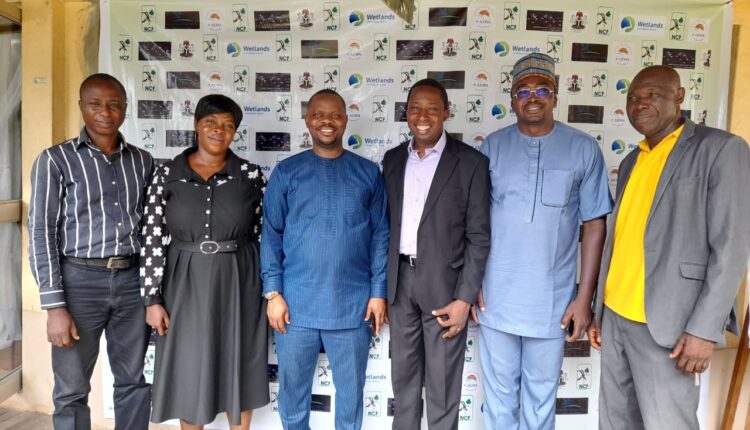 Concerned by the high mortality rate of birds migrating from other regions to West Africa, the Nigerian Conservation Foundation (NCF) and several other conservationists groups have advocated for a drastic reduction in the usage of artificial outdoor light at night to protect them during migration.

They said that a huge reduction in artificial outdoor light particularly at night when birds migrate, would not alter the natural patterns of light and dark in ecosystems and would help maintain birds migration patterns, foraging behaviours, and vocal communication.

The conservationist further argued that if everyone across the country could embrace the ideology on light pollution, the millions of birds that died annually would reduce drastically and more birds species retained in the ecosystem.

According to NCF and other conservationists, Light pollution is a significant and growing threat to wildlife including many species of migratory birds.

They made the appeal for a reduction in usage through a statement released at the end of the annual World Migratory Bird Day held in Lagos by NCF Head of Communications, Oladapo Soneye.

The World Migratory Bird Day is an annual event used to raise awareness on bird migration and the importance of protecting the flyways and habitats utilised by birds during this seasonal experience.

Bird migration is the regular seasonal movement, often north and south along a flyway, between breeding and wintering grounds. Many species of bird migrate.

The Director-General of NCF, Dr Muhtari Aminu-Kano, urged Nigerians to participate jointly in bird conservation by eradicating light pollution across the country.

Aminu-Kano expressed concern on the challenges the birds were facing, especially migratory birds challenges, such as, but not limited to loss of habitat, persecution, famine and pollution.

He noted that this year’s theme: ‘Light Pollution: Dim the light for birds at night’, was a clarion call to action for all to jointly participate in bird conservation.

According to him, research shows that birds do have accident flying at night because of illumination from cities. When we switch off light bulbs that are not so useful, we help to reduce the chances of the birds having head-on-collision with buildings, trees, and other infrastructures.

A senior lecturer at the Department of Zoology, University of Lagos, Dr. Soladoye Iwajomo, explained that light pollution as the introduction of artificial light, either directly or indirectly, into the natural environment.

Iwajomo said that light pollution results in the alteration of the natural pattern of light and dark in ecosystems and that its pollution has often caused the way light is emitted from lighting equipment.

The lecturer argued that choosing proper equipment and carefully mounting and aiming would make a significant difference across the country.

A Federal Ministry of Environment representative, Abdulmalik Ogizi, said that migratory birds fly hundreds of thousand kilometres to find the best ecological conditions and habitats for feeding, breeding, and raising their young ones.

“When conditions at breeding sites become unfavourable, it is time to fly to regions where conditions are better. The phenomenon is accompanied by several anthropogenic, political, and environmental challenges on the migratory bird’s survival and conservation,” Ogizi added.

He said that the 2022 campaign highlights the impacts of the increasing but underestimated threat of light pollution on migratory birds.

Ogizi noted that artificial light was increasing globally by at least two per cent per year with an adverse effect on bird species.

He said that light pollution was a significant threat to migratory birds, causing disorientation when they fly at night, leading to collisions with buildings, increasing their vulnerability as prey to other animals perturbing their internal clocks, or interfering with their ability to undertake long distance migrations.

The NCF’s Species Programme Lead, Dr Stella Egbe, said that, the world comes together to celebrate and raise awareness on the beauty and threats of migratory birds twice every year.

Egbe described migration as the seasonal movements of birds between their breeding and wintering sites. and that the seasonal activity is an important event that ensures the survival of lots of bird species.

“Every year, ornithologists, and conservation biologists study birds in all types of environments globally, monitoring their numbers and diversity. In recent years, it has been observed that species are declining rapidly, driving species to the brink of extinction.

“From habitat loss, indiscriminate killing and trade in birds, plastic pollution, birds are increasingly exposed to factors within the environment that they have not adapted to. It has been discovered that some adult birds are being harvested, which will prevent reproduction. This will cause general decline in the population of birds,” Egbe said.