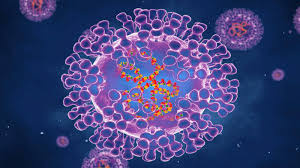 According to health authorities and media reports, cases of suspected and confirmed monkeypox are being investigated in the US, Canada, Spain, Portugal and the UK.

The case of an infected adult male with recent travel to Canada was reported on Wednessday by the Massachusetts department of public health (DPH).

Monkeypox is an infectious disease caused by the monkeypox virus that can occur in certain animals, including humans. It is usually a mild self-limiting illness and most people recover within a few weeks. However, severe illness can occur in some individuals.

The infection can be spread when someone is in close contact with an infected person; however, there is a very low risk of transmission to the general population.

This disease is most common in remote parts of Central and West Africa. Cases of the disease outside of the region are often linked to travel to the area.

The DPH said it is working closely with the Centre for Disease Control, relevant local boards of health, and the patient’s health care providers to identify individuals who may have been in contact with the patient while he was infectious.

According to report, the case poses no risk to the public, hence, the individual has been hospitalised and in good condition.

The health authorities in Portugal announced on Wednesday that five cases of monkeypox were confirmed in the country with 15 suspected cases under investigation. All cases were identified in mostly young men in the area around the capital, Lisbon.

Spain and Canada also said it had detected eight and 13 suspected cases of monkeypox respectively that still needed to be confirmed. The cases in Spain were reported in homosexual men.

The UK repoerted on Wednesday that the the total number of monkeypox cases confirmed in England has now reached nine, said recent cases were predominantly in gay or bisexual men. Men who are gay and bisexual are advised to be on the alert.