Our five-point gap over Manchester City means nothing- Van… 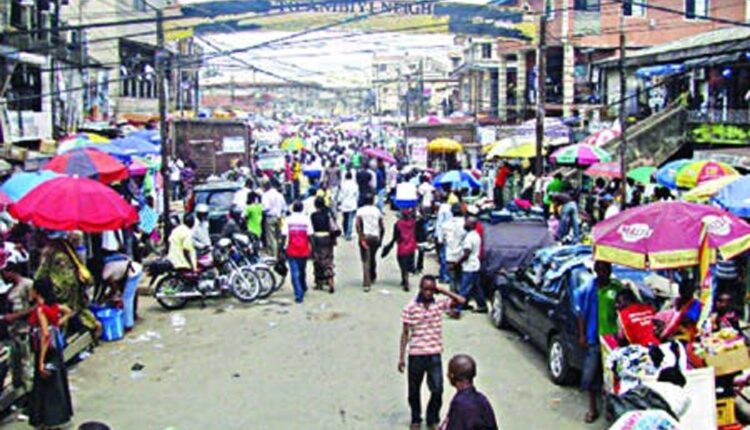 Share
There is palpable acrimony in Computer Village, Ikeja over who occupy the leadership seat allotted by Lagos State Government to traders not satisfied with restructuring done to ensure peace within the market.

The Lagos Market Board reserved seats for aggrieved traders to address complaints raised after the restructuring within the market which led to installation of Adeniyi Olasoji as the Babaloja, and Abisola Azeez as the Iyaloja for the market, posts considered by some traders particularly those of South-East extractions, as a decision to favoured their Yoruba counterparts.

As gathered, the aggrieved traders were categorised under two umbrella bodies, Ohaneze group and Majority ethnic group, and that while former was mouth-piece for Igbo traders, the later represented interest of traders that do not belong to the two major power bloc, Yoruba and south-east traders.

The Government was said to have embarked on the restructuring after Computer and Allied Products Dealers Association of Nigeria, (CAPDAN), the umbrella body previously piloting the traders’ affairs, was embroiled in crisis.

To address demands raised by the concern traders, the Chairman of the state market board, Folashade Tinubu-Ojo, who is also the Iyaloja-General for Lagos, at a meeting over two months ago directed the groups’ leaders including Prince Nwankeze, to submit a single list that contains names of members that would represent their interest on the leadership board.

The decision reached during a meeting held at Tinubu-Ojo’s office on Sunday Adigun Street, according to sources within the market, was welcomed by all parties as a solution that would restore peace to the market.

A visit to the market two months after the decision was reached, the representatives have not been inaugurated nor have they started working for the development of the largest Information and Communication Technology (ICT) market in West Africa.

A source, who was privy to the activities within the market, told The Guild that the delay was caused by infighting between traders who had divergent views on who should represent their interest on the market board.

The source disclosed that the Majority group has forwarded names of its representatives on the board but Ohaneze was yet to submit an agreed list for the state market board to inaugurate.

Another Igbo trader in the market disclosed that the opportunity thrown at the traders have brought disunity among them and that two factions have split out from the original group and presented separate lists for inauguration into the board.

The trader added that another faction was also perfecting its list and that each of the factions has asked the state market board not to recognize the list presented by other factions in the market.

Apparently not satisfied with the actions of his kinsmen, the trader revealed that this was the same tactic adopted by the groups especially the Ohaneze when CAPDAN was about to be registered, saying, this made other parties go ahead with the registration without the Ohaneze input.

According to him, when CAPDAN Board Of Trustee (BOT) names were asked to be included in CAPDAN registration, the committee then got at least three different lists from separate sub-groups within Ohaneze and when efforts to harmonize the lists failed due to infighting among the Igbo traders, the registration was done without their names on the board.

“I remember that then Chief Obieanu, the Chief Executive Officer (CEO) IT World brought a list and he demanded that it should be recognized. As the committee was about adopting the list, CEO of Divine Sochizone Limited, Chief Mark Eze, approached the committee with another different list and asked the committee to disregard any list presented earlier.”

As if we have seen it all, another group, which I cannot remember their leader, forwarded his own list, and when the committee examined all the names, it was discovered there was no way the lists could be reconciled and that was how they lost out completely”.

“The same scenario is about to play out again, I just pray that it doesn’t happen that way. I wish some of their young one’s can be brave enough to come out boldly and present themselves for inauguration, so as not to make that group lost out again”.

In an interview with the market board spokesperson, Godwin, who confirmed that the representatives of the aggrieved traders have not been installed even as he exonerated Tinubu-Ojo and the board for the delay, saying, I am not aware of the reasons the groups have refused to present their lists.

Godwin stressed that the board was eager to welcome the appointees into the leadership team to attract more investors and partners to the market but cannot draft the list for them rather the aggrieved traders must present the list before the state market board for inauguration of their representatives.

He said: “It is true that a reconciliation meeting was held between all parties and after the meeting, the aggrieved members were asked to present their list for inclusion into the market board. I remember vividly that this was said before them and the aggrieved traders applauded the decision and said that it will bring peace. And weeks after that meeting, we are still waiting for them to present their list for ratification”.

According to him, it is over two months now that they met with the Iyaloja-general over the issue and they were asked to bring their list and since then we are yet to hear from them.

“I believe that if they had provided the lists and we prevented their inauguration, that would have been a different issue at the moment because we would have been accused of being the clog behind the wheel of peace but it is obvious that the issue is coming from them and not us as many have thought.