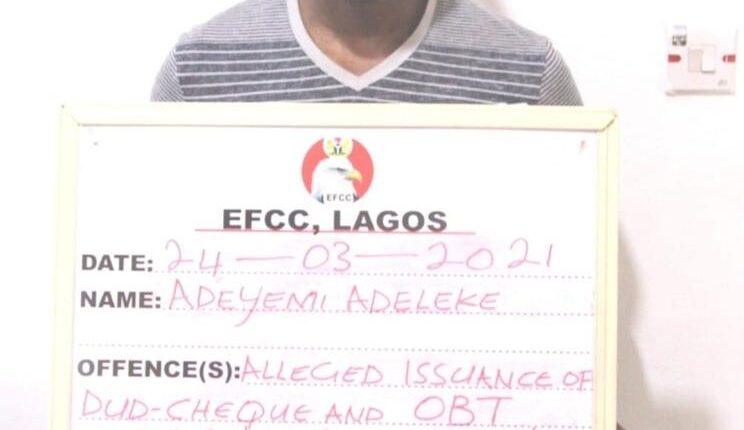 The Economic and Financial Crimes Commission (EFCC) has arrested and placed a director of Wafa Aggregate Limited, Adeleke Adeyemi, under detention for allegedly diverting a sum of N800 million loan obtained from a bank for personal use.

As gathered, Adeyemi staff of the firm was said to have been arrested by the operatives at EFCC zonal office in Lagos State for his involvement in an alleged case of conspiracy, obtaining money by false pretence, diversion of funds, issuance of dud cheques and money laundering to the tune of N800 million.

Through a statement released by EFCC’s Head of Media and Publicity, Wilson Uwajaren, the agency stated that Adeyemi together with his accomplice, Odusanya Memphis used their position as directors at Wafa Aggregate Limited, approached the Bank for a loan facility of N800 million for the procurement of petroleum products.

EFCC, in the statement made available to newsmen on Friday, noted that the suspect and his accomplice, upon receipt of the loan facility, allegedly diverted the funds to their personal use and defaulted in paying back the loan.

The agency further revealed that the suspect and his accomplice issued five bank cheques of N10 million, adding that the cheques were returned unpaid upon presentation.

According to the anti-graft agency, the suspect would be charged to court as soon as the ongoing investigation to ascertain other details on the action was concluded.