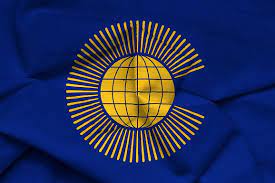 The Commonwealth Secretary-General, Baroness Scotland, has disclosed that the association has concluded plans to offers several supports to Nigeria on its fight against terrorism, corruption among other challenges bedeviling the Africa’s most populous country.

She added that with issues bordering on kidnappings, banditry and herders, farmers crisis bent on tearing the nation’s fabric apart, the commonwealth would be offering support ranges from policies and sharing of valuable documents that could augment Nigeria’s response against the menace.

Scotland said that the commonwealth had developed programmes on agribusiness, adding value to agriculture products for young people to get involved, climate change, criminal justice reforms, police reforms, and security, saying Nigeria was welcome to benefit from technical assistance that can be provided.

Speaking during a bilateral meeting on Thursday with President Muhammadu Buhari at the sidelines of the Global Education Summit holding in London, United Kingdom, she noted that since the Nigeria president was the Champion for Anti-Corruption in Africa, the Commonwealth has developed anti-corruption benchmark tools, and would like to work with the country in both public and private sectors.

Other areas the commonwealth could assist, according to Scotland, include countering violent extremism, trade, and modalities to implement the African Continental Free Trade Agreement (AfCFTA).

Responding, Buhari explained that Nigeria would be glad to receive support from the Commonwealth in diverse areas of needs and challenges.

Saying Nigeria was doing a lot to address food security through heavy investment in agriculture, and the security issues confronting the country in different regions, Buhari welcomed the offer of assistance by the Commonwealth scribe.

US issues arrest warrant for Kyari, others link to Hushpupi’s $1.1Bn fraud