JUST IN: FG bans over 2,000 Nigerians from traveling abroad… 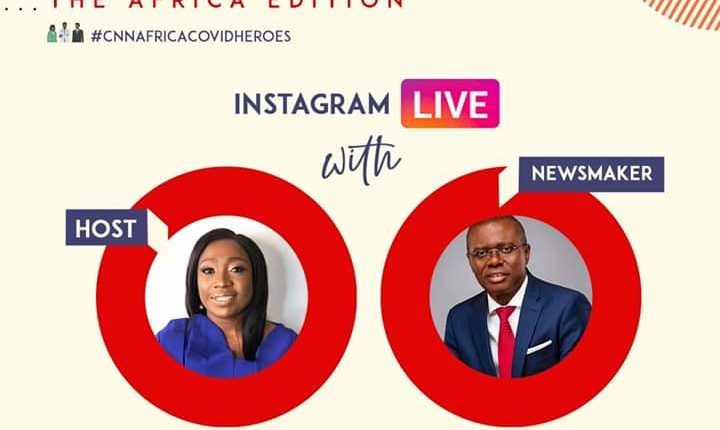 The Lagos State Governor, Babajide Sanwo-Olu, has revealed that he would be speaking on the Cable News Network (CNN) Instagram live program to discuss the state’s response to the coronavirus pandemic, since inception within its borders.

He said that he had been invited as a guest on the program where he would discuss progress made by the state in its fight against the deadly viral infection as well as the effects recorded as a result of COVID-19 infections in Lagos.

Sanwo-Olu made the announcement through a post on his social media page on Tuesday, informing Lagosians that the Instagram live program would be aired at 4 pm on Wednesday, April 29, 2020, and that the discourse would cut across several areas concerning coronavirus in the state.

According to the governor, the conversation would center on issues of governance, economic management, welfare, and resident health, adding that focus would be placed on the management of the disease outbreak effects on the state and nation in general.

“I will be on CNN Africa’s Instagram series Africa COVID Heroes and Newsmakers tomorrow speaking about our progress in governance, managing the economy, welfare and the health of our residents during these extraordinary times”.