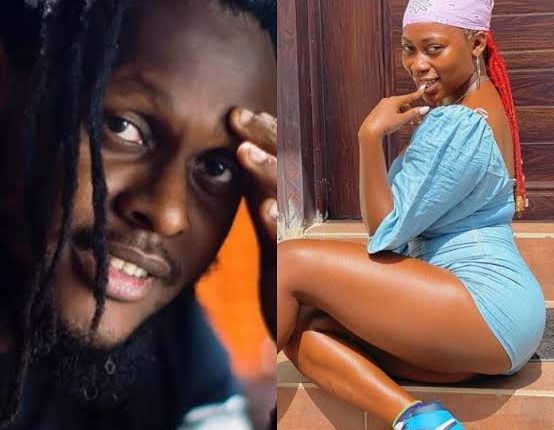 In an attempt to clear air on controversies that had trailed death of a popular dancer and video vixen, Love Divine, popularly known as Picturekodak, veteran music, and video director, Clarence Peters, and five others have turned themselves in, appeared before police to give their own sides of the story in the incident that led to the dancer’s death.

It was learned that Peters and five others appeared before Lagos State Central Investigation Department (CID) Panti, in Lagos uninvited and that their actions were to assist the law enforcement agency to unravel circumstances that led to the Divine’s death after allegations that the music director orchestrated Picturekodak’s death barely three days ago in Omole, Ogba.

As gathered, Peters’ house in Omole axis of Lagos was said to be a hive of activities and that the deceased had earlier posted on her social media platforms a video from a project she had with Peters before the incident.

From The Guild finding people living around Peters’ office claimed that activities had ended before they heard noises from the musical and video director’s office on Wednesday evening and after inquiry, it was discovered that the deceased had been electrocuted while charging her phone to keep tab with her fans on different social media handles and possibly respond to comments that may come after they must have viewed it.

A colleague of the deceased, who spoke on anonymity, narrated that the incident that claimed the life of the popular dancer was like a flash of light and many did not expect that such could happen within the premises.

The source told our correspondent that Peters was not even at the scene of the tragedy but was alerted after he and others called for help to rescue Divine’s life from an electricity trap.

He disclosed that the tragedy occurred after Peters went upstairs to attend to other urgent works that would embellish and make it appealing to the public.

While upstairs, the source told our correspondent, the deceased was downstairs working and later left to charge her phone within the apartment but got electrocuted.

“It was at that point that we heard a park and we looked at the direction where the spark came from and it was where the late dancer was. And the next we saw was her body on the floor and everyone rushed to the place for assistance and the call for help started”.

The deceased, at this time, was said to be alive but needed medical attention to regain her full fitness which she could not get inspite of the efforts made by her colleagues and the director to rescue her.

Another source, who spoke after much persuasion, disclosed that Peters on learning of the incident rush out and directed that the lady should be taken to a nearby clinic after discovering the magnitude of the incident.

She said: “I and others including Peters left with the vehicle for any available medical facility within Omole and Ogba axis. And Peters demanded that we should consider the best hospital where the deceased could get first-class treatment. And what came to our mind was St. Mary Hospital in Omole. But we were shocked when the medical officials turned us down. All efforts to persuade them to accept her proved abortive”.

The source noted that while leaving the premises, they were told by residents that the hospital may have rejected the lady in fear of coronavirus.

“Then we left for another hospital, the name I could not remember, where we also believe, the best medical treatment could be derived and later drove to County Hospital, Ogba. After persuading them, the medical officials accepted but that was where we were told that Divine has passed on”.

Also, narrating the events that happened after, another dancer told our correspondent that Peters and others, after being told that the Dancer had passed on, insisted that something could be done to bring back Divine.

After the tragedy, he noted that the director, inspite of the claims that had trailed the tragedy, has gone to turn himself in for prosecution an action that was not necessary.

He said: “For me, I do not believe that the action was necessary because we all know what happened at the scene. it was not the fault of the director. I believe that if the two hospitals, where the rescue team visited had accepted her, the case would not have tuned out this way. I know this because she was still alive but needed assistance and because we are not a healthcare provider, we could not do the needful except to rush her to hospital.

The source further disclosed to our correspondent that the family of the deceased, who were Christian of South-East extraction, initially rejected the plans to conduct an autopsy on the corpse after news started filtering in that the director was responsible for Divine’s death and that there was an altercation between them.

He noted that several reports already published on the incident were absolutely not true and that possibly, the autopsy would reveal that Peters was not responsible for the death of the Dancer.

It was gathered that the mother of the deceased and other relatives, who were said to have come online hours ago with a plea that Nigerians should disregard anyone appealing for funds on the family’s behalf to conduct the Dancer’s burial, later accepted on Friday night that an autopsy should be conducted on the deceased to ascertain the true cause of her death.

After the family’s acceptance, the Nigerian Police, Lagos Command, it was learned, wade in for onward investigations to ascertain cause of Picturekodak’s death.

The Guild further investigation revealed that hours after the family consented to the autopsy plan, processes have commenced and the law enforcement officers have contacted a private laboratory to further clear air on the circumstances that led to the death.

A friend to Peters, who did not want his name mentioned, on Sunday, disclosed that the award-winning director presented himself before a Police station in Grammar School Bus stop, Omole, from where the case was transferred to SCID in Panti for proper investigation.

The source added that efforts to get Peters’ bail proved abortive and that the director spent the night in police custody while they completed their investigation on the incident.

The Police Public Relations Officer (PPRO) Bala Elkana, confirmed the arrest of Clarence Peters, adding that the command was investigating the circumstances that led to the dancer’s death.

Elkana said Peters and all those who were at his residence when the incident occurred have been invited for questioning, adding that he would not be able to give further details at the moment.

Buhari should convert property seized from ex-Governors, others to Isolation centres- SERAP