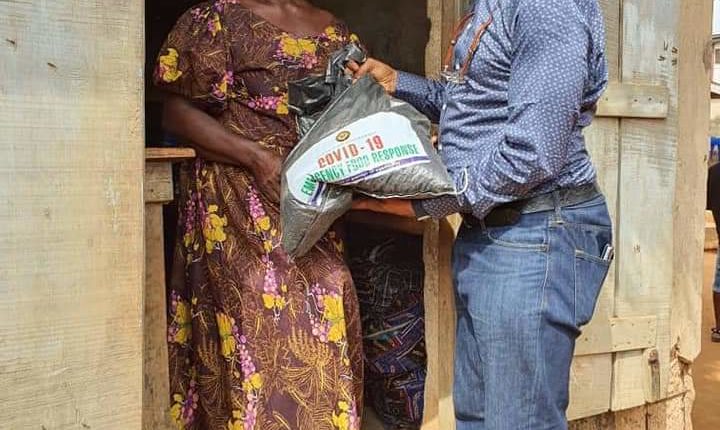 The Egbe-Idimu Local Council Development Area (LCDA), in Lagos State, has debunked allegations against Governor Babajide Sanwo-Olu’s food package approved for residents as palliative to cushion effect of 14-day lockdown imposed by Federal Government to flatten curve of coronavirus in the country.

According to the council, food packages allocated to residents of Egbe-Idimu by the State Government were distributed as stipulated in the guidelines for the stimulus package.

The Council Chairman, Kunle Olowoopejo, during an interview with pressmen yesterday, cleared the air on claims raised by residents in a video that a package of the economic stimulus was handed down to a building and one to a street by the council officials.

Olowoopejo explained that the intension of the State Governor, which formed the guidelines issued to the council, was that the package should be distributed to elderly and physically challenged who will need to move from one part of the city to another before they can earn a living.

According to the chairman, this is the method we adhere to in the distribution of Governor Sanwo-Olu’s food package in the council and everyone necessary received it.

While urging residents to disregard the video, he said: “We never gave a house or a street one pack of the stimulus; we never did that because it will rubbish the good intention of the governor.

“The governor’s intension on the program was to assist the less privileged within the state including Egbe-Idimu LCDA, that is, those that cannot survive the 14 days lockdown imposed to address covid-19 in Lagos.

“It is not to feed the entire residents of Egbe-Idimu but a palliative for elderly and physically challenged persons within our council.

“What the governor gave us was what we have distributed to those that the package was meant for.

“The man in the said video is not entitle to the package because he is agile and can still fend for himself effectively, possibly, he collected the package from someone that received the stimulus based on the person’s status in the council and played with it”, Olowoopejo added.