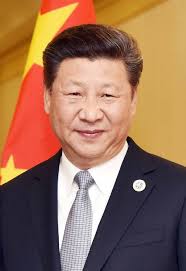 The Chinese Government has given the green light for a probe into the rise and spread of the deadly coronavirus pandemic across the various countries of the world, saying that an impartial review of incidents leading to the global disease outbreak was pertinent and should be held after control was reached over the infection.

It said that such an evaluation should be comprehensive in order to detail global experiences and remedy deficiencies noticed during the course of the infection and added that China would provide the support needed for the actualization of such investigative analysis.

The Chinese President, Xi Jinping, stated that the analysis should include a comprehensive review of the global coronavirus response as led by the World Health Organization (WHO), adding that it would be advisable for the research process to commence after the world had gained control over the deadly pandemic.

Jinping, who defended China’s actions during the novel Covid-19 outbreak within its borders through a video speech released on Monday, recalled that the nation had maintained transparency in all its dealings with the global health community.

He said that an impartial evaluation would put paid to allegations which had been raised concerning the real history of the viral infection and that the world stood to gain from the results of such research processes.

“China supports a comprehensive evaluation of the global response to the epidemic after the global epidemic is under control, to sum up experiences and remedy deficiencies. This work needs a scientific and professional attitude and needs to be led by the WHO, and the principles of objectivity and fairness need to be upheld.”

The Chinese president pledged $2 billion, which he said would be disbursed to the WHO over the next two years with aim to aid coronavirus response in developing countries across the globe.

He revealed that his administration would also partner with the United Nations to set up a global humanitarian response hub in the country and help establish transport routes through which essential supplies could be sent across the world.