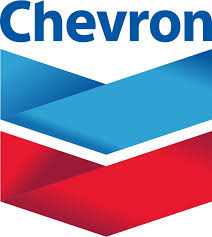 The United States of America (US) second largest energy company, Chevron Corporation, posted a loss of $5.5 billion for 2020, compared with earnings of $2.9 billion in 2019, according to the company’s financial results released.

The company’s total revenue and other income in the October-December period of last year reached $25.2 billion, down from $36.4 billion for the same period of 2019.

“2020 was a year like no other,” Chevron’s Chairman and CEO Michael Wirth was quoted as saying in the statement.

“When market conditions deteriorated, we swiftly reduced capital spending by 35 per cent from 2019 and also reduced operating costs, demonstrating our commitment to capital and cost discipline,” Wirth added.

“Excluding severance expense, 2020 operating expenses were down $1.4 billion from the prior year. Chevron also completed an enterprise-wide transformation program and the integration of Noble Energy, positioning the company for the future,” the statement read.