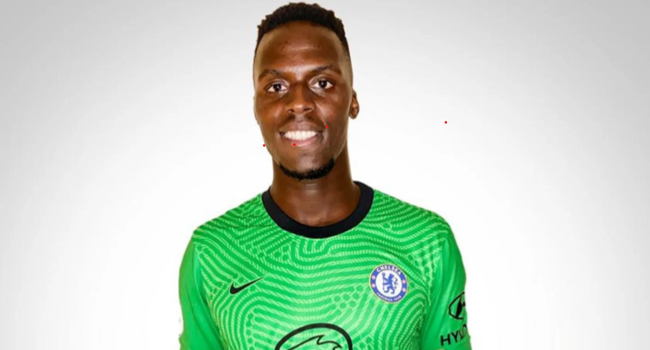 English football club, Chelsea FC, has announced the signing of goalkeeper Edouard Mendy from Rennes on a five-year deal.

The Senegal international became the club’s seventh signing of the summer transfer window after agreeing a €24 million (£22 million) fee with Rennes.

The Senegal international would compete for a starting spot with Kepa Arrizabalaga, who has struggled for form and confidence at Stamford Bridge.

Confirming the development, Chelsea Director, Marina Granovskai, said that recommendations by former stronghold guardian, Peter Cech, and the technical team as the most suitable goalkeeper to complement the first team led to Mendy’s transfer.

“As soon as Petr Cech (technical and performance advisor) and our technical team identified Edouard as the most suitable goalkeeper to complement our existing group, there was only one player we wanted to bring in. Edouard arrives following a season of real success with Rennes. He is ambitious for more, and we welcome him to our club,” he said.

On his part, Mendy, who expressed satisfaction over the move, said that he was ready to help the team win the domestic league and continental cup.

“I am so excited to be joining Chelsea, it is a dream for me to be a part of this exciting squad and to work with Frank Lampard and all of his coaching staff,” he said.