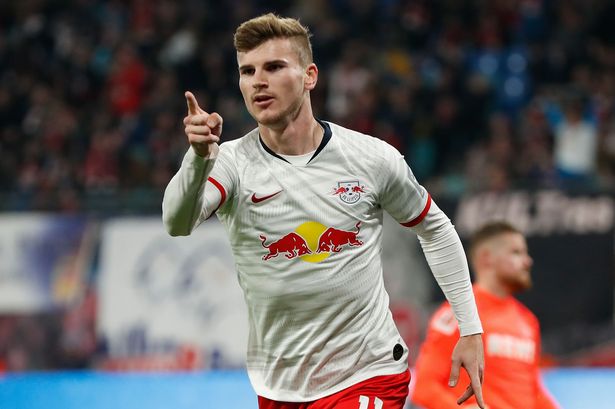 Chelsea Football Club has announced the signing of RB Leipzig striker, Timo Werner, being the first English side to complete a major deal in the summer market which had been affected by the outbreak of coronavirus globally.

Though he had penned to paper, the German international forward will remain at Leipzig for the remaining two Bundesliga games of the season.

Chelsea’s Director, Marina Granovskaia, who announced the development expressed satisfaction that the player will add more firepower and give Coach Frank Lampard more options in its formation.

In a statement released on the club’s website, Granovskaia noted that the striker renowned for his pace, movement, link-up play, and finishing ability was needed in the team ahead of possible continental games in the new season.

“We are very excited that Timo Werner has chosen to join Chelsea. He is a player who was coveted all over Europe and it is no surprise, he has that rare mix of being young and exciting and yet established and proven.

“We can’t wait to have Timo on board, but until then we wish him and RB Leipzig all the best for the rest of this season,” the Chelsea director said.

Werner, 24, who has scored 32 goals in all competitions this season, had a 60 million euro (£53 million, $67 million) release clause in his contract with the German club. However, Werner will not be available for the end of Leipzig’s 2019/20 Champions League campaign in August as he is set to join Chelsea in July.

Werner will not be available for the second leg of Chelsea’s Champions League last 16 tie against Bayern Munich in August as he was not registered at the time the match was due to be played.

Commenting on his successful deal, the German forward who admitted he was proud of his move to the London club said he looks forward to joining the team in the summer.

“I am delighted to be signing for Chelsea, it is a very proud moment for me to be joining this great club. I, of course, want to thank RB Leipzig, the club and the fans, for four fantastic years.

“You will forever be in my heart. I look forward to next season with my new team-mates, my new manager and of course the Chelsea fans. Together we have a very successful future ahead of us.” he said.

The signing is a major coup for the Blues as they seek to close the gap on Liverpool and Manchester City at the top of the Premier League.

Werner was often linked with a move to Liverpool after he admitted to being flattered by Jurgen Klopp’s interest.

Just In: Dozens escape death after another building collapse in Lagos