JUST IN: Jigawa Gov. steps down presidential ambition ahead… 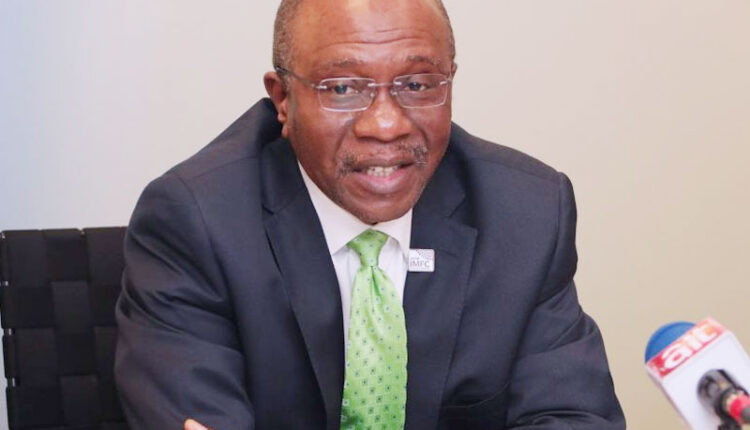 Emefiele stated this on Tuesday while presenting the communique from the Monetary Policy Committee (MPC) meeting .

He explained that the inflation, which has increased for the 18th consecutive month, was exacerbated by food inflation.

He said that insecurity in many food producing areas of the country was a major contributing factor.

“The MPC noted with concern the continued uptick in inflationary pressure for the 18thconsecutive month as headline inflation continued on an upward to 17.33 per cent at the end of February 2021 from 16.47 per cent in January 2021.

“This increase continue to be attributed to both food and other core components of inflation.

“This specific uptick in food inflation was the major driving factor for the uptick in headline inflation.

“This was due to the worsening security situation in many parts of the country, particularly the food producing areas where farmers faced frequent attacks by herdsmen and bandits in their farms,’’ he said.

The apex bank’s governor said that while the bank was making significant intervention in the agricultural sector, the rising insecurity was limiting expected outcomes in terms of supply to the markets.

He added that the situation was a major contributory factor to the  rise in food prices.

Emefiele urged the Federal Government to collaborate with relevant stakeholders to urgently address the challenge of insecurity across the country.

He said that the inflationary trend was also worsened by the hike in the pump price of petrol, the upward adjustment of electricity tariff as well as  depreciation in the value of the Naira.

He, however, commended CBN’s various interventions to boost food security through its various agriculture programmes.