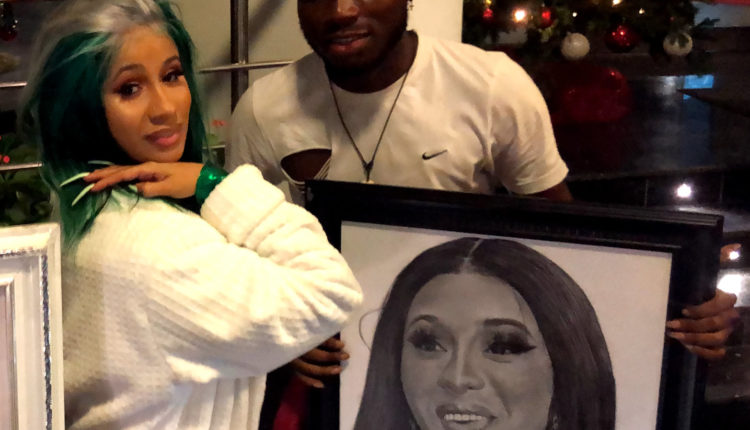 The meeting was held hours after the Grammy-winning rapper thrilled thousands of her fans that attended the Livespot X Festival in Lagos.

It was learned that the meeting was held yesterday at a popular hotel in Lagos Island where the songwriter lodged since his arrival into the country.

The Guild gathered from those present at the meeting that their discussion was centered on how to move Africa creative industry forwards especially in the areas of Art and Craft.

During their meeting, the guild learned that Akeem handed a well-drawn Hyper-realistic pencil portrait of the American rapper to her as a gift for accepting to attend the meeting.

Confirming the meeting, Akeem’s management, The RedAce Company, said: “We really can’t say much for now, but we can assure you something big is in the pipeline slated for early next year; no one will see it coming”.

Recall that Alesh Akeem is famous for creating Pencil Portraits of international celebrities and has been commissioned by the likes of Rio Ferdinand, The Migos, Jidenna, Ciara, T-Pain, J-Cole, Wizkid, and many more.

Lagos and Future of Waste Management