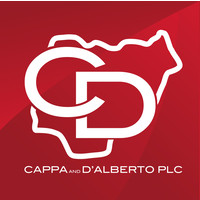 Building construction giant, Cappa and D’Alberto will lead the reconstruction of the National Theatre. This was revealed during the signing of the Memorandum of Understanding (MoU) between the Federal Government and the Bankers’ Committee led by the Governor of Central bank (CBN), Godwin Emefiele.

Emefiele said the Bankers’ Committee would provide funding for a prototype cluster labelled “The Signature Cluster” which consists of a building each for music, film, fashion and information technology verticals.

He said in addition, a visitor’s centre, police and fire stations and a 500-vehicle park would also be built.

The Governor of the Central Bank of Nigeria (CBN), Godwin Emefiele, had earlier led the Bankers Committee to sign a Memorandum of Understanding (MOU) on takeover of the National Arts Theatre, Iganmu, Lagos from the Federal Government for the purpose of reconstructing the facility.

The MOU was signed between the committee and the Federal Government (FG) Minister of Information and Culture, Lai Mohammed.

Emefiele said that revamping the theatre would boost creative talents of the Nigerian youth.

He commended President Muhammadu Buhari for his support for the MOU and for his commitment to supporting the Nigerian youth to realise their full potentials.

Emefiele also unveiled the contractors selected for the job.

“We commend Mr. President for his magnanimous approval for the handover of the National Arts Theatre, as well as the pivotal role he continues to play in providing the Nigerian youth with limitless opportunities to reach the summit of their capacities.

“Revamping the National Arts Theatre will unlock the creative talents of Nigerian youths in the fields of music, movie, fashion and information technology,’’ he said.

According to news agency reports,  present at the ceremony were Governor Babajide Sanwo-Olu of Lagos State, and Sunday Dare, the Minister of Youth and Sports Development.

Also, Herbert Wigwe, Managing Director of Access Bank, who doubles as Chairman, Body of Bank CEOs and some representatives of the contractors also witnessed the ceremony.