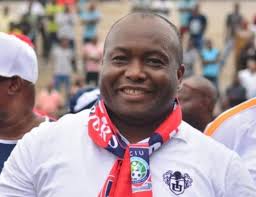 The National Leader of the Young Progressives Party (YPP),  founder of Capital Oil, and  Senator representing Anambra South in the Senate, Senator Patrick Ifeanyi Ubah has called on the Federal Government to urgently checkmate the exorbitant increase in  shipping fees charged by shipping companies on Nigerian bound cargoes particularly containers.

The Senator made the call at the upper chamber last week through a motion on the urgent need to checkmate exorbitant increase and unjustifiable shipping fees charged by shipping companies on Nigerian bound cargoes.

According to him, a report on overseas cargo and freight costs by Mover DB; an online resource for international shipping shows that the cost of shipping both 20-foot and 40-foot containers to Lagos is among the most expensive globally.

The Senator who also noted that Nigeria is an import driven economy with excessive dependence on imports for consumption and capital goods, highlighted the fact that the shipping sector is key in facilitating the continuity of economic activities, ensuring supply chains to industries, transportation of essential goods including energy and food supplies as well as transportation of vital medical and protective equipment in Nigeria.

He also raised concern over the fact that vessels coming to Nigerian ports queue longer before berthing at Nigerian ports when compared to those moving to other countries due to various charges.

The YPP national leader also lamented that the cost of shipping goods into Nigerian ports is amongst the highest in the world, with the figure for Apapa Port costing more than thrice of that to Tema, Ghana, and five times higher than that of Durban, South Africa.

The Senator further lamented that these astronomic and unjustifiable charges were so high that importers in most cases abandon their cargoes in the port thereby making the NPA lose revenue, hence reducing the efficiency or turnaround of ships to Nigerian ports and that this has consequently, also caused unjust hardship for Nigerians as importers transfer the huge expenditure to both traders and consumers.

He also recalled that in 2017, Vice President Yemi Osinbajo who was an Acting President at the time signed an Executive Order directing 24 hours operations at the Apapa ports and outlawing unofficial charges at the ports.

The Senator further maintained that the executive order was aimed at improving the ease of doing business and reducing the high costs at the ports “but unfortunately, available statistics suggest that these unjustifiable charges and extortion by shipping agencies have continued till date and even at a time that the nation is trying to overcome the economic impact of the Covid-19 pandemic.”

He also alerted the Senate that if the Federal Government failed to rise up and defend the nation from this economic sabotage, the development could cause a spiral inflation rate on the economy.

Responding to Ubah’s motion, the Senate resolved to mandate its Committee on Marine Transport to engage with the stakeholders in the shipping industry and Nigeria Ports Authority with a view to proffer solutions to the matter.