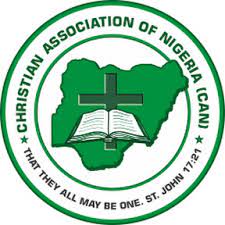 The Christian Association of Nigeria, CAN, has condemned the recent attack on Jos custodial centre by a group of gunmen.

As gathered, the gunmen were said to have invaded the custodial centre last weekend, killing a personnel of the Nigerian Correctional Service (NCoS) and nine inmates while 252 inmates escaped during the invasion.

Condemning the attack during an interview with newsmen on Thursday,the Chairman of the association in Jos, Polycarp Lubo, stated that with the huge number of inmates that have fled, the security situation of the country was under threat.

Lubo described the attack as sad, unfortunate and frightening, adding that the attack was a bad omen for Nigerians.

“The attack on the Jos custodial centre is a sad one; CAN on the Plateau condemns it in totality. So, I wish to strongly call on the government to provide modern and adequate equipment to the Service in order to avert similar situation in the future,” he said.

The chairman further called on residents of the state to be security conscious, particularly as yuletide approaches and report any suspicious activity within their vicinity to security agencies.

Reacting to another the recent gunmen attack at Ta’egbe community of Miango Chiefdom in Bassa Local Government Area of the state, Last Thursday, Lubo condemned the attack which left 10 persons dead and razed down 30 houses.

He appealed to residents of the community to eschew violence and embrace peace for the overall development of the state.

In the same vein, Deputy Controller General of NCoS, Mohammed Tukur, in charge of Operations, blamed the attack on paucity of modern equipment and other gadgets.