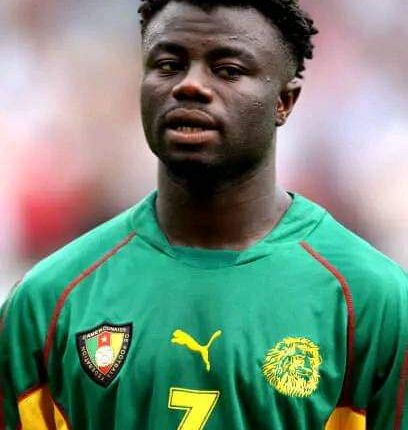 Cameroon former midfielder, Modeste M’Bami, has been reported to have died at the age of 40 after suffering a heart attack at his home in France.

The Paris Saint-Germain (PSG) former player died barely bare seven years after hanging his boot and retiring from the game that earned him fame in Cameroon, Africa, and globally.

M’Bami’s death was confirmed yesterday by his girlfriend who narrated that all efforts by medical experts to revive him after suffering the attack proved abortive.

Before his retirement, the player was among the home-based players that represented Cameroon at the Sydney in 2000, winning Olympic gold medal for the country.

During the Olympics, the midfielder became a household name in Cameroon after scoring a 113th-minute golden goal against Brazil, to ensure his team progressed to the semi-final

In his club career, he featured for Paris Saint-Germain, where he won two French Cups, and Marseille, all in France before leaving for other leagues including Spain, China, Saudi Arabia, and Colombia.

“PSG learned with deep sadness of the death today of our former player Modeste M’Bami. The club offers its sincere condolences to his family and loved ones,” wrote PSG on their Twitter account.

M’Bami returned to France and spent two seasons at Le Havre from 2014 until 2016.