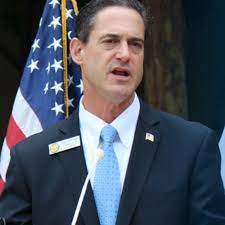 A California man, David Chou, alleged to have killed a medical doctor and injured five other residents during an attack on a Taiwanese-American church, may be sentenced to death for his actions by an Orange county district court in the city.

The fate of the 68  year old man who  was arraigned before a court on a  four count charge bothering  on unlawful possession of some explosive and one count of murder with a gun, will be determined by the judge, Todd Spitzer.

The judge could determine the fate of Chou on Tuesday should his council fail to convince the court that the 68 year old man was not guilty of the crime he was alleged to have committed.

During an earlier sitting, the judge had said that the suspect took some explosives, Molotov cocktail-like devices, 15 magazines fully loaded with 9-milimeter rounds and two semi-automatic weapons with him, along with him when he attacked the Geneva Presbyterian Church in Laguna Woods, California, about 45 miles (72 km) southeast of Los Angeles, on Sunday afternoon, in which he committed the crime.

The judge added that the suspect was motivated by his anti-Taiwan beliefs, also that his family was from China, but he grew up in Taiwan where there was a lot of anti-China sentiment at the time.

In a statement by the California sheriff department on Monday, the suspect was upset about political tensions involving China and Taiwan but did not elaborate further.

It added that about 40 people who were members of  Taiwanese Presbyterian congregation from Irvine, California, who came to honor a former local pastor in the church were present during the attack.

According to the department, the suspect is a citizen of the United States (U.S) and a Las Vegas resident who was born in China, drove to Southern California on Saturday and came to the church on Sunday morning which he committed the crime.

The sheriff department highlighted that one of the hostage in the church, John Cheng, while struggling with the suspect before he was killed, motivated other congregants, including a pastor, to overpower the suspect and tied his legs with an electrical cord, detaining him until the sheriff’s deputies arrived and broke through the chains on the doors.

It added that four men within the ages of 66 to 92 and an 86-year-old woman who sustained injuries as a result of the attack were taken to an area hospitals for treatment.