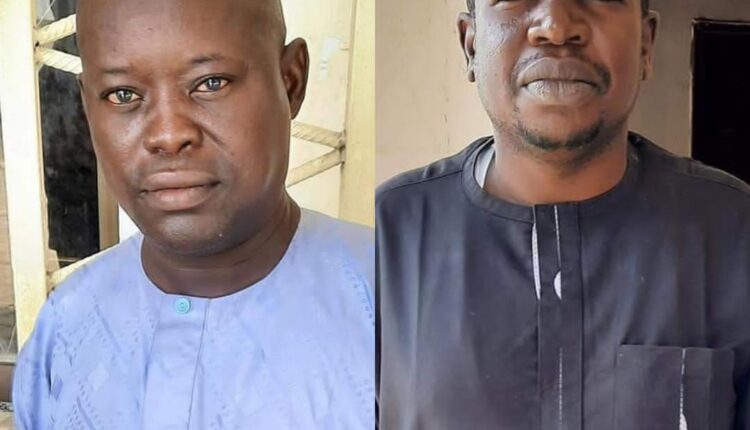 The Borno State High Court sitting in Maiduguri has sentenced a businessman to twelve months imprisonment for duping an intending pilgrim to Saudi Arabia of N1, 600, 000.00.

As gathered, the convict, identified as Yusuf Galtimari, said to be a former Director of Operations with Skynet International Travel and Tours Limited, obtained the amount from his victim for Hajj processing.

But in her ruling on Monday, the presiding judge, Justice Aisha Kumaliya, who sentenced Galtimari to one year imprisonment for the N1, 600, 000.00 fraud, said that the offence was punishable under Sections 320 and 322 of the Penal Code Law of Borno State Cap. 102 Vol. 3 of 1994 respectively.

The convict was arraigned on a one-count amended charge. The charge reads: ‘‘that you Yusuf Abdulkarim Galtimari sometime in 2019 at Maiduguri, Borno State within the jurisdiction of this Honourable Court, dishonestly induced one Shuaibu Zakari and Faruq Mohammed to deliver to you the total sum of N1, 600, 000.00 (One Million, Six Hundred Thousand Naira) only for the payment of 2019 Hajj Pilgrimage, which you failed to discharge your obligation and refused to refund the entire sum delivered to you, thereby committed an offence contrary to and punishable under Sections 320 and 322 of the Penal Code Law of Borno State Cap. 102 Vol. 3 of the 1994 respectively.’’

He pleaded “guilty” to the charge preferred against him. Upon his plea, the prosecution counsel, Haruna Abdulkadir prayed the court to convict and sentence Galtimari as charged.

Justice Kumaliya, however, convicted and sentenced the defendant to one-year imprisonment with an option of N150, 000.00 fine.

In a related development, Kumaliya also sentenced another suspect identified as Zanna Ajimi to one year imprisonment for his involvement in a land fraud to the tune of N750, 000.00.

The charge preferred against the convict by the Economic and Financial Crimes Commission (EFCC) reads: “That you Zanna Modu Ajimi sometime in October, 2020 at Maiduguri, Borno State within the jurisdiction of this Honourable Court, dishonestly induced one Mohammed Nur of 222 BNM Konduga to deliver to you the sum of N750, 000.00 (Seven Hundred and Fifty Thousand Naira) only, as purchase price in respect of a plot of land covered by Customary Certificate of Occupancy, lying and situate at New side Moranti within Konduga Local Government Area of Borno State, while you knew you had no title and or authority to sell the said land and thereby committed an offense contrary to and punishable under Sections 320 and 322 of the Penal Code Law of Borno State Cap. 102 Vol.3 of 1994 respectively.”

The convict pleaded guilty when the charge was read to him. Upon his plea, prosecution counsel, Haruna Abdulkadir urged the court to convict and sentence the defendant as charged.

Justice Kumaliya convicted and sentenced the defendant to one-year imprisonment with an option of N200, 000.00 fine.