Buhari, Okonjo-Iweala, others congratulate Adeshina after… 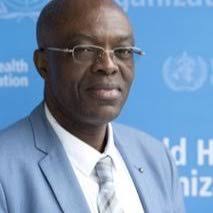 The Burundian Government has banned officials of the World Health Organization (WHO) inspite of coronavirus spread among its citizens.

It declared the WHO Country Head, Walter Mulombo, as well as three other aides, persona non grata and ordered that the officials leave the nation in another 24 hours, Friday, 15 May, 2020.

The nation’s Foreign Affairs Assistant Minister, Bernard Ntahiraja, who confirmed the ban to newsmen on Thursday, stated that the WHO officials had been mandated to exit the nation on or before the stipulated date.

Though Ntahiraja did not reveal details as to why the decision had been taken, he however said that the affected officials had been informed of the government’s order through a letter, dated May 12, 2020, from the foreign ministry.

The Guild gathered that the ban on the officials is coming during the electioneering period in the nation, which is being held in preparation for the presidential election due for May 20, 2020.

Political aspirants in the nation have held large rallies despite the risk of coronavirus spread among attendees.