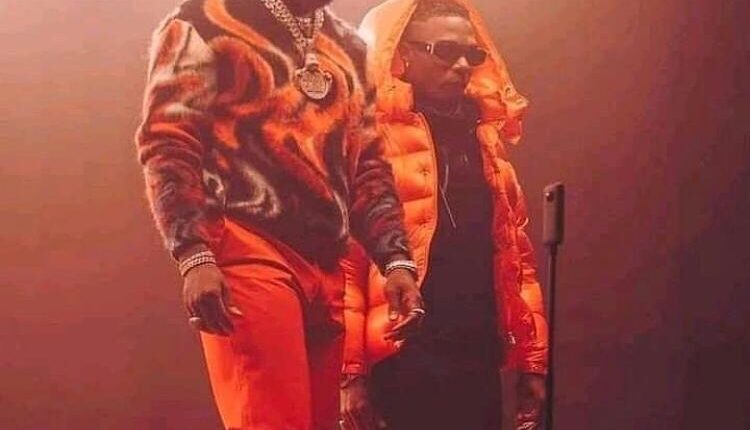 The Grammy-winning superstars were nominated for the Best International Act Award alongside Aya Nakamura (France), Diamond Platnumz (Tanzania), Emicida (Brazil), Headie One (UK), Young T & Bugsey (UK), and Youssoupha (France).BET announced the nomination list for the 2021 award show via their official Instagram page, yesterday. The BET Awards 2021 will be back in a month, on Sunday, the 27th of June at the Microsoft Theater in Los Angeles.

According Business Wire, internationally, the show will simulcast on BET Africa at 2 am CAT and MTV Brazil at 9 pm BRT on June 27th, followed by international broadcasts on MTV UK on June 28th at 9 pm BST, BET France on June 29th at 8:45 pm CEST.

It would be recalled that Wizkid and Burna Boy won the Best Music Video and Best Global Music Album categories respectively at the 2021 Grammy Awards.

The duo also featured together in Wizkid’s video for ‘Ginger,’ which debuted earlier in the year. 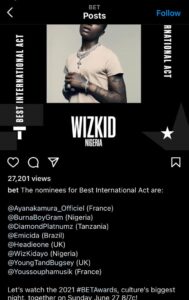