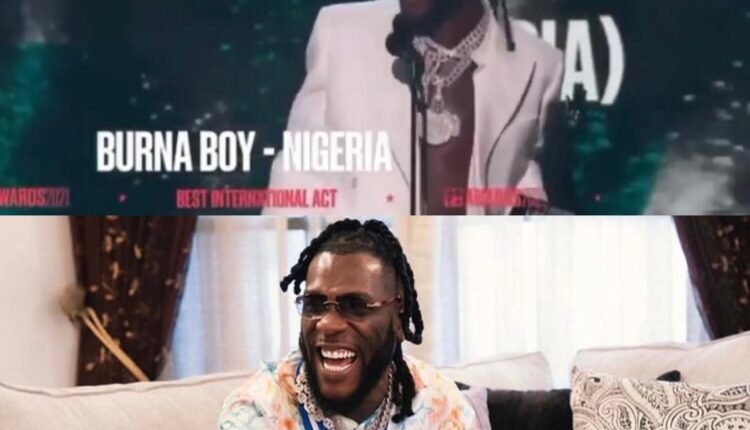 A Nigerian musician, Damini Ogulu, popularly called Burna Boy, has been adjudged as Best International Artiste at the 2021 Black Entertainment Television (BET) network award, marking the third straight time Burna Boy would be considered by the organisers for an award.

The artiste, who often described himself as an African Giant, was announced as the winner of the category at the event which took place yesterday evening at the Microsoft Theater in downtown Los Angeles, United States (US).

The multiple award-winning music star was considered better than his fellow countryman, Ayodeji Balogun, popularly called Wizkid, and another artiste from Tanzania, Diamond Platnumz, to the award.

Others nominated in the category for the award won by Burnaboy were Aya Nakamura (France), Emicida (Brazil), Headie One, and Young T & Bugsey, who were both from United Kingdom (UK), and Youssopha (France).

The BET Awards is an American award show that was established to celebrate African Americans in music, acting, sports, and other fields of entertainment over the past year.

It would be recalled that Burnaboy, who was alleged to be controversial by his fellow artiste, won the BET Award in 2019, 2020, and now in 2021 for his contribution to the entertainment industry globally.