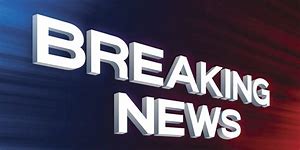 The Lagos State Governor, Babajide Sanwo-Olu has confirmed collapse of a three story building said to be under construction at Ago-Palace Way, Okota on Friday, trapping one victim under rubbles who was later rescued by Lagos State Emergency Management Agency (LASEMA) officials.

It was gathered that the collapsed building  had neared completion before coming down on its own which was said to probably be due to structural compromises.

The Guild gathered that rescue teams including LASEMA had arrived the site to search for victims and ascertain if no life were lost and that the rescued victim was receiving treatment.

Meanwhile, sources from Lagos State Building Control Agency (LASBCA) claimed that occupants of the collapsed building were using it as shelter contrary to information from LASEMA that the victims were artisans.

Confirming the incident, General Manager, LASEMA, Dr. Olufemi Oke-Osanyintolu, disclosed that the building was under construction when it partially caved in but has been pulled down completely to avoid any further loss of lives.

He stated that prompt response of emergency officials aided rescue of the man trapped under rubble who has been rushed to hospital for further treatment.

The LASEMA general manager revealed that investigation conducted by his team discovered adjacent building to the collapsed one was affected during the incident.

Petroleum Industry Bill will be passed before May, 2020- Petroleum Min.