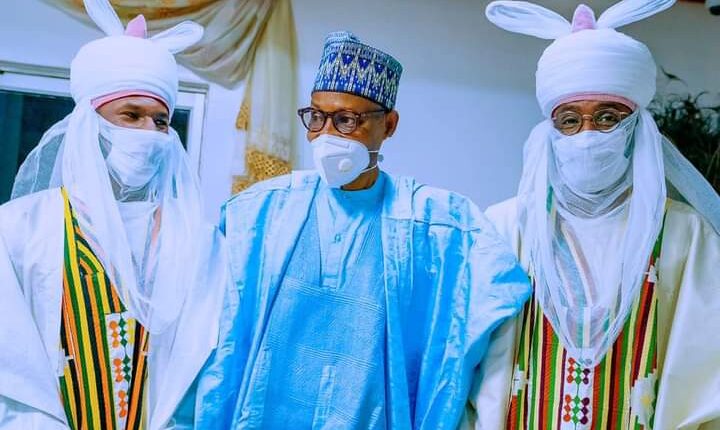 President Muhammadu Buhari’s son, Yusuf, has been conferred with a traditional title by the Katsina State monarch as the Talban Daura, barely a year after the same title was bestowed on the President of Guinea, Alpha Conde.

Yusuf, who had his engagement with Emir of Bichi’s daughter, Zarah Ado-Bayero, in Kano State, last month, was conferred with the title alongside a young businessman, Musa Daura, who is now the Dan Madamin of Daura.

As gathered, the title bestowed on the first son of the president, the Talban Daura, is a top traditional position in the Daura Emirate that was often conferred by the Emir of Daura, Umar Farouq, on someone that had done something extraordinary.

Confirming the development, the Senior Special Assistant to the President on Media and Publicity, Garba Shehu, said that the short ceremony was held on Tuesday before the Eid prayer observed by the President alongside other dignitaries in his hometown, Daura. 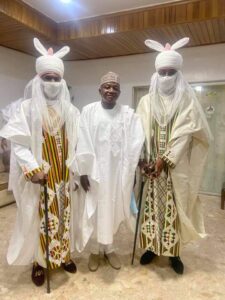 It would be recalled that the monarch while conferring the traditional title of ‘Talban Daura’ on the Conde, the Guinean president, explained that the action was taken in recognition of the love the west African nation leader had for Buhari.

He added: “President Conde left all his schedules in his country to celebrate Eid-el-Kabir with his counterpart, President Buhari in Daura. This is a great honour to us. We also decided to reciprocate the honour by giving you a traditional title.

“I confer on you the title of Talban Daura for accompanying our son, President Buhari to observe Eid-el-Kabir celebration in the ancient city of Daura. Talban-Daura is a title given to a great person like President Conde, we indeed thank you for the visit”.