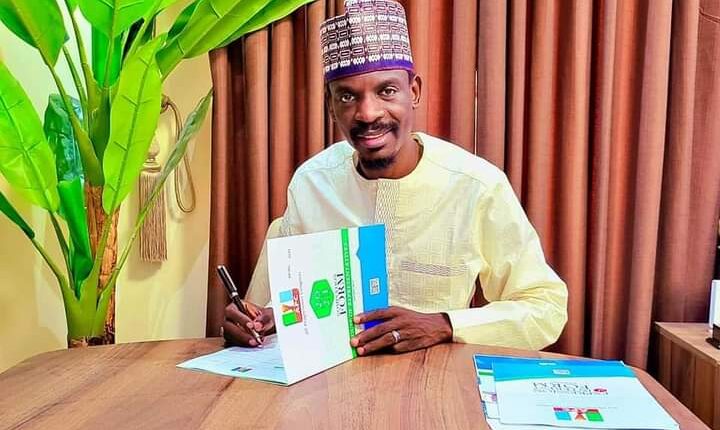 Share
The personal assistant to President Muhammadu Buhari on Digital and New media, Bashir Ahmad, has joined league of aides seeking elective offices ahead of 2023 general election in the country.
Ahmad has also purchased the All Progressives Congress (APC) nomination and Expression of interest forms, to signal his readiness to contest and represent Ajingi, Albasu and Gaya Federal constituency of Kano State at the National Assembly.
The president’s aide officially declared his intention on Saturday after purchasing the party’s forms at the national headquarters in Federal Capital Territory Abuja.
In a multiple pictures released through his official social media page, the aide to the president indicated that his mission was to give the people of his constituency better representation at the House.

Before obtaining the form, it was gathered that the president’s aide had embarked on series of  consultations to get the supports of major stakeholders’ within the constituency.

Ahmad is aiming to replace Abdullahi Gaya, the current lawmaker representing the constituency at the green chamber next year.