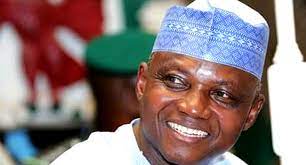 The Senior Special Adviser to President Muhammadu Buhari on Media and Publicity, Garba Shehu, has gone into self-isolation after testing positive to the Coronavirus fourth variant, Omicron, in the country.

After going into self-isolation, it was learnt that other aides including the Permanent Secretary at the State House, Tijjani Umar, and a few others at the Aso Rock have also undergone COVID-19 tests.

Confirming his coronavirus status, Shehu, in an interview with newsmen on Saturday, said he feels fine but had to embark on the isolation to avoid spreading the virus.

He explained that he has mild symptoms of the disease, a trait that was regarded as being connected with the omicron variant.

According to him, he has gone into isolation immediately after the first test proved that he was positive and would be going for another round of tests to ascertain his status.

Shehu’s confirmation came barely 24 hours after the Director-General of NCDC,  Dr. Ifedayo Adetifa, disclosed that the total number of Omicron cases recorded across the country had increased to 49.

Adetifa noted that the surge in Omicron cases was due to the influx of Nigerians foreign-based returning to the country to celebrate the yuletide season with their relatives in Nigeria.

According to him, the surge we are experiencing could also be traced to the influx of people into the country and the non-adherence to the protocol which was why we have been appealing to state governments to introduce protocols that can help mitigate the wave.

He noted that if everyone adhere strictly to the protocols, they would not only be protecting themselves but also their community including their loved ones from being infected by the virus.

Adetifa warned that the Omicron variant transmits faster than other variants, adding we all have to ensure that Nigeria leaves the league of COVID-19 embattled nations.