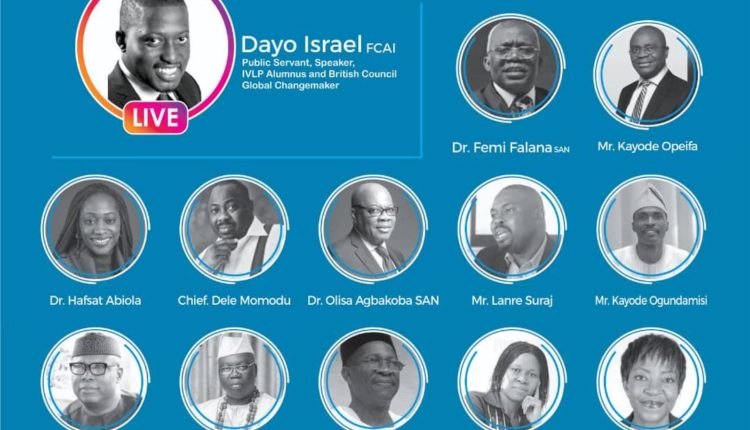 In celebration of this year’s special June 12 anniversary, the Special Adviser to the President on Political matters, Babafemi Ojudu, Human rights lawyer, Femi Falana, Chief Olisa Agbakoba, Aare Ona Kankanfo, Gani Adams and  Dr. Joe Okei-Odumakin will lead several other pro-democracy activists to recount their contribution towards the return of democracy to Nigeria.
Others expected to join the discussion on activities before and after June 12, 1993, presidential election won by Late Chief Moshood Abiola were: Chief Frank Kokori, daughter of the deceased, Dr. Hafsat Abiola, Bashorun Dele Momodu, Lanre Suraj, Wale Okunniyi, Kayode Ogundamisi, Dr. Ayo Obe, former commissioner for transportation in Lagos, Kayode Opeifa and others.
The discussion, due to the outbreak of coronavirus that limited physical gathering in the country, will hold virtually on the CovInspiration Virtual show, affording all speakers the opportunity to stay within the comfort of their home to address thousands of viewers that will hook up to the show.
During the week-long discussion, which starts on June 1st and ends June 12th, each of the pro-democracy activists would be accorded opportunity by the convener and moderator, Dayo Israel, to address participants on his contributions and proffer solutions to challenges confronting the country.
Israel, a Special Representative to the United Nations (UN), and British Council Global Changemaker, in a statement made available to The Guild, hinted that the aim behind the conversation was to promote the ideals of June 12 among Nigerians which was reason President Muhammadu Buhari adjusted the annual democracy from May 29th.
“This show will help Nigeria’s emerging leaders (youths) to understand that June 12 is more than a holiday but a celebration of the journey that led to the democracy we enjoy today”, he added.
The moderator further stated that he wished the conversations from the show would ignite a sense of patriotism and recreate history in the minds of young Nigerians who would be expected to lead the country in a few years.
He said: “The program which holds virtually on Instagram and Twitter (@dayoisrael), Facebook and YouTube (@officialdayoisrael) every evening featuring eminent Nigerians who played critical roles in the June 12 struggle, sharing their June 12 stories and experience with participants”.
While acknowledging the role Lagos state played in the struggle towards return of democracy, Israel added: “the program will also celebrate the role that Lagos played in the June 12 Movement”.