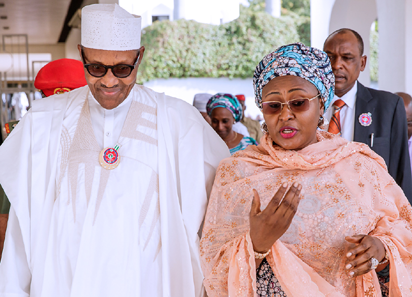 President Muhammadu Buhari has left the country alongside his wife, Aisha, for Malabo, Equatorial Guinea capital, to participate in the African Union Extra-ordinary Session of Assembly of Heads of State and Government summit, to discuss issues affecting developments of the continent.

The President and other African leaders attending the summit would be focusing their discussion on possible solutions to issues on insecurity, terrorism, and unconstitutional change of government, with attendant spiraling effects on human rights and economies.

Other issues expected to be discussed by the president and other African leaders were humanitarian challenges in the continent with related issues on migration, refugees, returnees, and Internally Displaced Persons.

Aside from these issues, he would join other Heads of State and Government to deliberate on Hopes, and Challenges in Africa, as well as participate in the adoption of the Assembly’s Declaration on Humanitarian summit and pledging conference.

The President’s three-day travel plans, May 26 to 28, were disclosed through a statement released by his media aide, Garba Shehu, on Thursday in Abuja.

According to the statement, the Assembly of Heads of State and Government of the African Union will take a united position on Terrorism and Unconstitutional Change of Government, and reach agreements on new approaches to stem the tide.