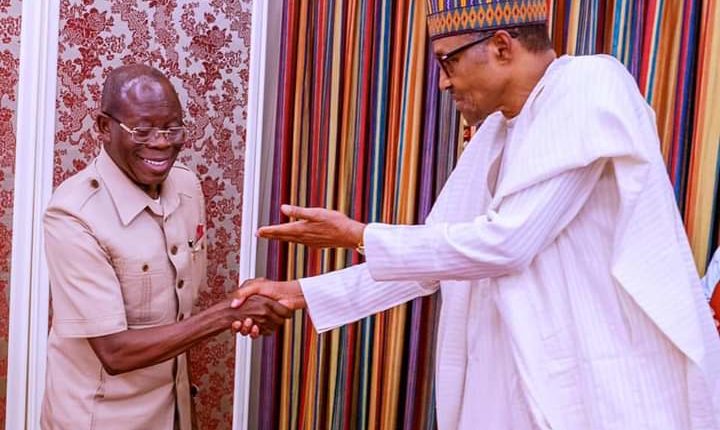 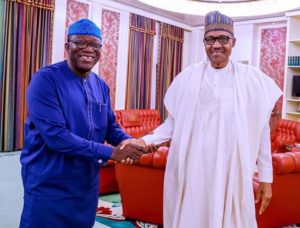 Confirming the meeting, the President’s Special Adviser on Media and Publicity, Femi Adesina, in different pictures, stressed that the event was held in the State House.

Earlier, stakeholders of the party on the auspices of Governors’ Mandate Network, had asked Chairman of Nigeria’s Governors Forum, Fayemi, to rally his colleagues immediately and find a worthy replacement for Oshiomhole.

Chairman of the group, Earl Onaiwu, stated that the governors should quickly leverage the opportunity provided by the High Court to salvage the party from impending ruin.

Onaiwu said the APC governors should urgently nominate a replacement for Oshiomhole, at least in an acting capacity.

South-East projects will be completed before 2023- Presidency