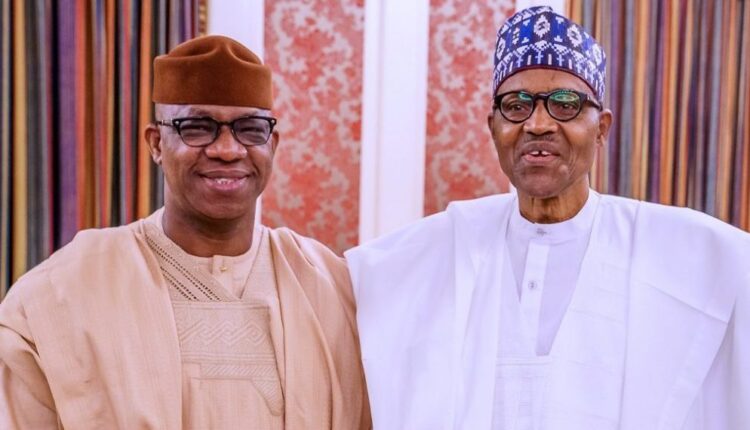 President Muhammadu Buhari would on Thursday commission landmark projects undertaken by the Ogun State Governor, Prince Dapo Abiodun, as the administration continues to consolidate on its achievements ahead of 2023 general elections.

As stated, the president would be commissioning the 42km Sagamu Interchange – Abeokuta dual carriageway, the new Kobape Housing Estate, located on the Sagamu Abeokuta Interchange, and the first phase of Kings Court Estate, Abeokuta, developed by the Ogun State Property and Investment Corporation (OPIC) .

Through a statement on Monday, the president’s Special Adviser on Media and Publicity, Femi Adesina, said that the president would commission the projects when he undertake a one-day official visit to Ogun State on Thursday, January 13, 2022.

According to him, president Buhari, who will use the opportunity of his State visit to interact with some stakeholders, will return to Abuja the same day.

It would be recalled that Buhari had on December 9 commissioned a Seaward Defence Boat (SDB) III, built by the Nigerian Navy, the third of its series to be locally built at Naval Dockyard Limited, Lagos solely by Navy engineers after the successes of NNS Adoni, and NNS Karaduwa, earlier commissioned by the president in 2016.

Aside from commissioning the indigenous vessel, the president also inaugurated of some recently acquired platforms and performed the keel-laying ceremony for the construction of Boat-IV and Boat-V.