Apapa gridlock: My next plan, other strategies on traffic… 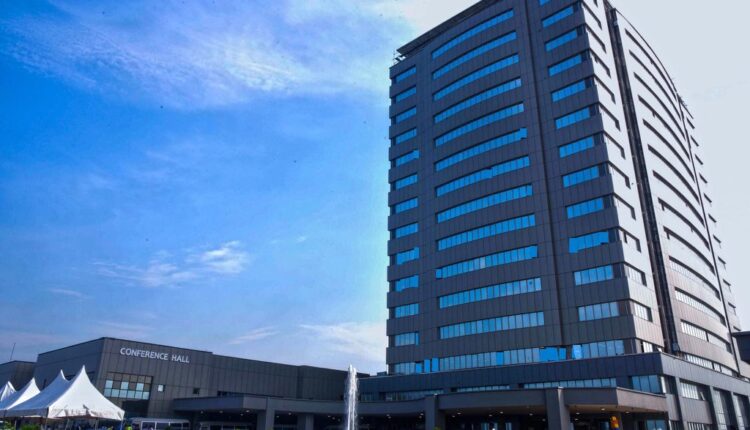 The Nigerian Content Development and Monitoring Board (NCDMB) has disclosed that President Muhammadu Buhari would be commissioning its newly completed 17-storey headquarters building.

As stated, the edifice whose construction began in 2015 was executed by an indigenous company, Megastar Technical & Construction, with a larger percentage of materials used for the building sourced locally.

The NCDMB Executive Secretary, Engr. Simbi Wabote revealed that the commissioning would be attended by the president and that the Minister of State for Petroleum Resources, Chief Timipre Sylva will lead the Group Managing Director of the Nigerian National Petroleum Corporation (NNPC), Malam Mele Kyari and the Governor of Bayelsa State, Senator Douye Diri to participate in the event on-site in Yenagoa.

Wabote, through a statement released on the board’s website, noted that the project generated over 250 direct and indirect jobs and created vast opportunities for artisanal skill development.

“There will be a virtually with a tour of the facility, including its1000-Seater Capacity Auditorium, Four-Level Car Park and 10 megawatts gas-fired Independent Power Plant at Elebele, after which the commissioning will take place, which was built in partnership with the Nigerian Agip Oil Company (NAOC) and will provide uninterrupted electricity to the NCDMB structures, the Nigerian Oil and Gas Park being developed by the Board at Emeyal 1 Bayelsa State and select structures in the state,” the statement read.

He also hinted that most of the invited dignitaries will be given opportunity to join Mr. President via the Zoom virtual meeting platform where they would witness the commissioning of the buildings.