Buhari swears in new head of service, charges on productivity 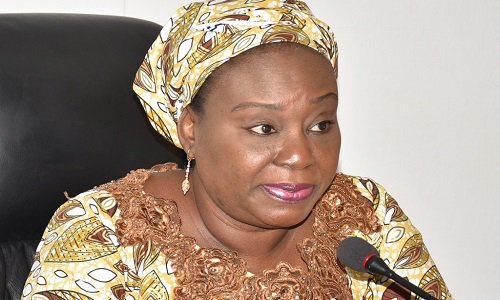 President Muhammadu Buhari has sworn in Dr. Folasade Yemi-Esan as the substantive Head of the Civil Service of the Federation.

It would be recalled that Dr Yemi-Esan had been confirmed by the presidency as acting head of the federal civil service after it had accepted resignation of incumbent, Winifred Oyo-Ita, in February 2020.

Yemi-Esan had, at various times served in the Office of the Head of the Civil Service of the Federation, Federal Ministries of Information, Education and Petroleum Resources, which experiences were cited as criteria for which she was chosen to head the Nigerian civil service.

Buhari, while speaking at the swearing in ceremony, during FEC meeting on Wednesday, charged the new Head of Service to bring her wealth of experience to bear in the new position so that government could deliver on priority areas of development already outlined.

He reiterated that a smooth transition process was expected and urged her to make stabilization of the Federal Civil Service top most on her agenda, adding that it was thus important to work hand in hand with civil  service staff to ensure that common goals of development were met.