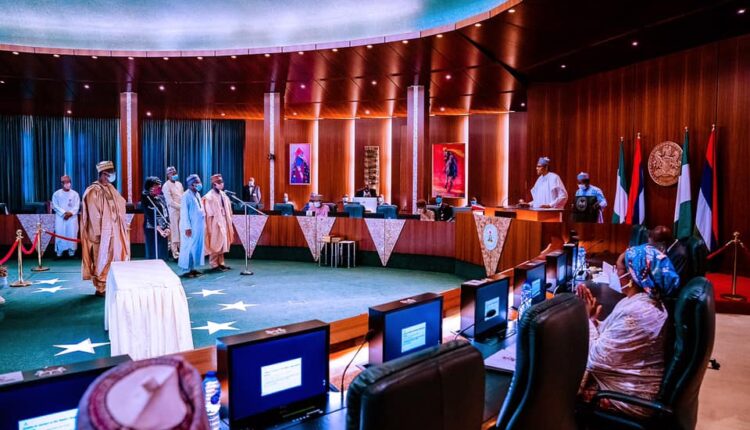 President Muhammadu Buhari has sworn in four newly appointed federal Permanent Secretaries and tasked them on keying into the Next Level agenda of his administration in moving the country forward.

It would be recalled that the appointment of the affected permanent secretaries was confirmed in a statement issued by the Head of Service of the Federation (HoSF), Dr. Folasade Yemi-Esan.

The President sworn-in the new permanent secretaries at the Council Chamber of the State House, Abuja shortly before the commencement of the weekly virtual Federal Executive Council (FEC).

Those who joined the president for the council meeting at the chamber include the Vice-President, Prof. Yemi Osinbajo; Secretary to the Government of the Federation (SGF), Boss Mustapha; Chief of Staff to the President, Prof. Ibrahim Gambari, and the National Security Adviser (NSA), retired Maj.- Gen. Babagana Monguno.

Other cabinet members including the Head of Service of the Federation, Folashade Oyo-Esan are participating from their respective offices in Abuja via video conferencing.