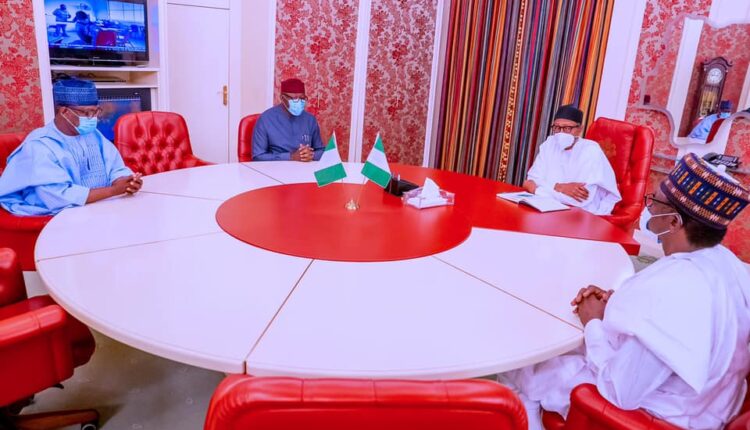 Following tragic death of Chief of Army Staff, Lt. General Ibrahim Attahiru, and ten other military officers during an ill-fated plane crash, President Muhammadu Buhari, has disclosed that he would be dedicating his remaining two years in office to fight insecurity and other challenges bedeviling the country.

He added that the heroes’ death would serve as the needed push to ferociously tackle insecurity, end the menace and protect Nigerians from internal and external aggression such that would render insecurity a thing of the past across the country.

Buhari, who spoke while playing host to President of Central African Republic, Prof. Faustin-Archange Touadera, at State House, Abuja, on Monday, told his visitor that his first concern for his people remains their security and well-being.

“At all times, that is my first concern, my priority,” Buhari said. “That is why we are hosting a summit of Lake Chad Basin Commission in Abuja, to discuss the situation in Chad and the implications for neighboring countries.

“The recharge of Lake Chad with water from Congo Basin is another issue, as it holds great implications for security since about 30 million people are affected.”

Meanwhile, the president regretted that the country lost Attahiru and 10 other military officers during such time Nigeria was in need of their service to battle security challenges.

Speaking when he received a delegation from the Nigeria Governors Forum (NGF) who came to the presidential villa, Abuja to condole with him over the plane crash, Buhari noted that it was saddening that their death may increase Nigeria’s security challenge.

According to him, this is a situation that only God knows when it will happen and it happened at a time when the security situation in the country is a fundamental issue.

“And to lose choice officers has increased our problem but we know what we are in for and we will continue to work hard and pray hard so that God will give us the power to appreciate and apply ourselves to the problem.

“The people who elected us, they know the promises we made within the time…the circumstances which we find ourselves…we will keep on trying and continue to do our best.”

On his part, the NGF Chairman and Ekiti State Governor, Fayemi described the officers’ death as unfortunate, adding that the development called for redoubling efforts in defeating the hydra-headed challenges.

“We’ve read your statement and this delegation of governors consider it a duty and as part of our obligation as your representatives to commiserate with you over the loss of your gallant officers. We know it is an event that has touched you. When we mentioned the necessity for a change of service chiefs, you were determined to get the best set of people, you gave your assurance and the military was beginning to feel the impact.

“We know that this is a major blow and you’re unrelenting in your quest/commitment to ensure peace and security in our country. It’s unfortunate the losses we have suffered. We only pray God gives both the families and the country the fortitude to bear the loss, pray that God gives our country greater resolve to continue on the path that the late COAS towed.

“For us, we must defeat banditry, insurgency, and criminality. That’s the mandate you gave them. This should not lead to any retreat or surrender on our part. As you have promised, we know that our country will do everything to ensure that the administration will do all to take care of the families of the departed officers. It’s an indication of how protected the active officers would be,” he said.