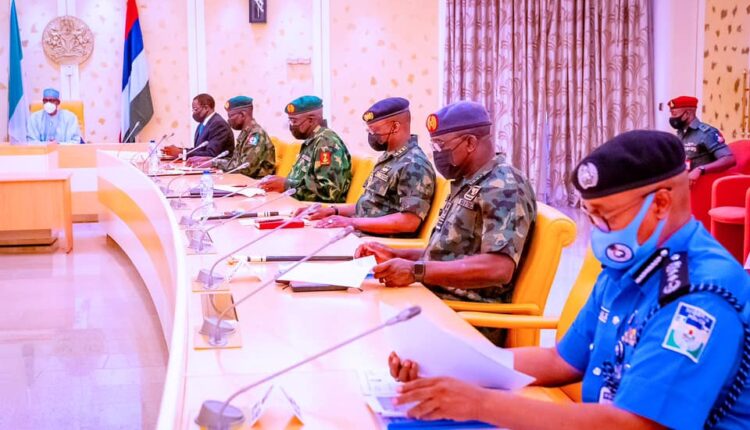 President Muhammadu Buhari, Vice President, Yemi Osinbajo, and the nation’s security chiefs are currently meeting over rising insecurity and other challenges across the country.

The emergency meeting which is the second in space of one week was the continuation of consultations on needed strategies needed to win the war against the terrorists.

The meeting is currently holding at the Presidential Villa, Abuja. Those at the meeting include Secretary to the Government of the Federation, Boss Mustapha, and Chief of Staff to the President, Professor Ibrahim Gambari.