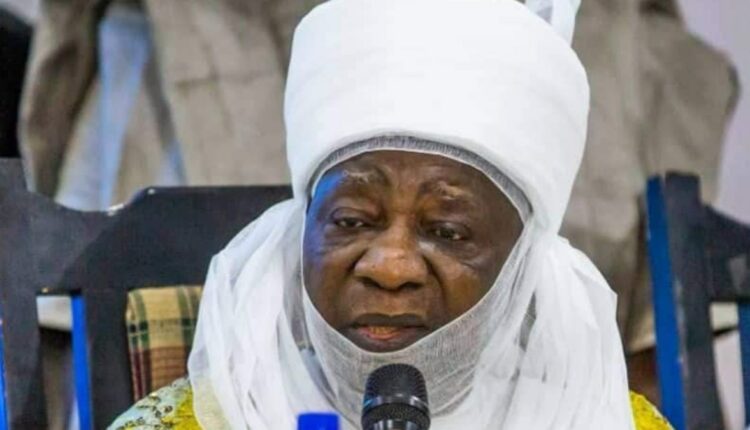 President Muhammadu Buhari, immediate past Senate President, Bukola Saraki, and Kwara State Governor, AbdulRahman AbdulRazaq, have congratulated Emir of Ilorin and Chairman of Kwara State Traditional Council, Ibrahim Sulu-Gambari, on his 81st birthday, describing the monarch as a patriotic Nigerian who has committed himself to Nigeria’s growth and development.

The president while joining family and friends to celebrate with the retired eminent justice, said that the monarch’s leadership antecedents had continued to inspire both young and old across the country.

Buhari, through a statement by his spokesperson on Thursday, congratulated the royal father on his 81st anniversary, appreciating the noble and highly commendable roles he plays as a former Justice of the Appeal Court, Judge of the High Court, administrator, community developer, and foremost nationalist.

“The President extols the humility and modernising vision of Emir of Ilorin for his domain, and the country, consistently urging both the young and old to pursue dreams of acquiring good education and working for the betterment of society,” the statement said.

Buhari, however, prayed for longer life and good health for the royal father, who has said, has contributed greatly to the development of sports in Nigeria.

On his part, AbdulRazaq described Gambari’s reign as transformative and hugely beneficial to the emirate and the state as a whole.

In a statement commemorating the 81st birthday anniversary of the Emir by his spokesperson, Rafiu Ajakaye, the Governor said: “I join the whole of the emirate and the people of Kwara State as a whole to thank the Almighty Allah for His enduring mercies on His Royal Highness over the years, including giving him the good health and wisdom to excellently discharge his royal duties.

“On behalf of the people and government of Kwara State, I commend the Emir of Ilorin for his commitment to peace, his love for his subjects and deliberate efforts to strategically position them for greater heights, and his constant pursuit of socioeconomic and political growth and development for the state over the years. I pray the
Almighty Allah to grant His Royal Highness more rewarding years ahead in good health.”

Also, Saraki who is a former Senate president and Kwara Governor said that many things have been achieved in the state through the monarch’s hindsight and that the celebrated traditional ruler had always rise the occasion whenever his input was needed in the national discourse.

“Happy 81st Birthday to His Royal Highness, Mai Martaba, Alhaji Ibrahim Sulu-Gambari, the Emir of Ilorin. Sir, I pray that as you celebrate another year, Almighty Allah (SWT) will continue to bless you with good health, continued grace, and strength in all your endeavors,” he wrote in a social media post.