JUST IN: Kwara Govt. sets up 10-man committee to investigate… 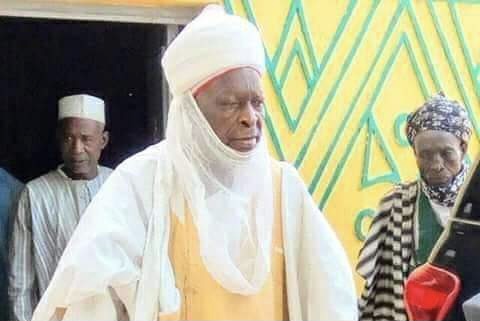 President Muhammadu Buhari has led other prominent Nigerians to express commiserate with Kano State former Governor, Rabiu Kwankwaso, over the death of his father, Musa Kwankwaso, describing the deceased as a peace advocate.

Other Nigerians that joined the president to eulogies the deceased, who was District Head of Madobi, were Speaker, House of Representatives, Femi Gbajabiamila, Kano State Governor, Abdullahi Ganduje, former Senate President, Bukola Saraki, and others.

The late senior Kwankwaso, who has since been buried in accordance with Islamic rites on Friday, was reported to have passed on at the age of 93.

Buhari, in a statement signed by his Senior Special Assistant on Media and Publicity, Garba Shehu, commiserated with the Kwankwaso family, even as he further stressed that the vacuum left by the deceased would be hard to fill.;

According to him, we lost one of our oldest and finest traditional rulers in the country whose contributions to peace and unity cannot be forgotten even after his demise.

He added that the late father of the former governor was a man of impressive character whose humility and simplicity rank among his greatest virtues.

“Let me use this opportunity to extend my heartfelt sympathies to former Governor Kwankwaso, the Kano State Government and the Kano Emirate Council over the death of the District Head. May Allah forgive his shortcomings and reward his good deeds with Aljannah, amin,” the President added.

The speaker in his message, the deceased, who was the Makaman Karaye, lived a fulfilled life, saying it is painful for one to lose his father.

Gbajabiamila, in a statement signed by his Special Adviser on Media and Publicity, Lanre Lasisi, prayed that Almighty Allah grants the souls of Musa Kwankwaso eternal rest in Jannatul Firdaus.

Also, Ganduje, in a statement signed by the commissioner for Information, Muhammad Garba, stressed that the late senior Kwankwaso would always be remembered and honoured by the people for his immense wisdom and competence as a traditional ruler, as well as for his perseverance and foresight.

The governor, who left for Dubai on a private visit recently, stated that he received with a deep feeling of great loss the death of the nonagenarian who was recently elevated to the position of Kingmaker,

“On behalf of myself, family, the government, and the people of Kano state, I commiserate with Senator Rabi’u Musa Kwankwaso, Karaye Emirate Council and all the people of his domain which the departed kingmaker presided illustriously as a traditional ruler in the District of Madobi for more than two decades”.

The late Makama, who personified dignity and finesses, was a devout Muslim that left on earth great lessons of life, saying, as a very strong symbol of godliness, tolerance, justice, honesty, and service to our dear state.

“Indeed, we are particularly pained that he left us at a time like this when his wealth of experience, valuable fatherly advice, and guidance are needed the most,” the statement added.