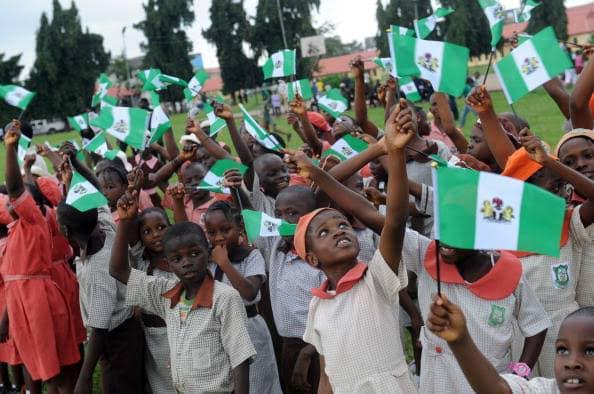 The Peoples Democratic Party (PDP) has disclosed that no fewer than 10.1 million are out-of-school across the country under President Muhammadu Buhari’s administration, saying with the staggering figure, the current administration was mortgaging future of Nigerian children.

The opposition party while raising concerns over the data, alleged that the figure represents harsh conditions which the Nigerian children have been subjected to in the last six years under President Muhammadu Buhari and the All Progressives Congress (APC).

“The PDP bemoans that under the APC, the Nigerian children have suffered the worst form of neglect, denied the basic necessities of life, with millions of them rendered homeless and orphaned, without access to education, healthcare, and appropriate elements of a happy and productive childhood.

“Under President Buhari and the APC, about 10.1 million Nigerian children are reportedly out of school, the highest in sub-Sahara region. This is in addition to over 19 million children languishing in Internally Displaced Person (IDP) camps in various parts of our country, with many more killed or orphaned by terrorists under APC’s watch.

“Under President Buhari, violence against children, child trafficking, and other acts that infringe on the rights of the child have escalated to a frightening proportion. Moreover, the Buhari-led APC administration has continued to mortgage the future of the Nigerian children with its humongous corruption and reckless foreign borrowings, which is putting a huge yoke on the feeble shoulders of our innocent children,” the former ruling party said in a statement.

The main opposition party, however, urged Buhari to end his administration’s insensitivity to the children by deploying special incentives to boost access to education, healthcare as well as guarantee the security and safety of children, especially in crisis areas.

PDP added that Buhari must take steps to end the insecurity in the country so that the children in IDP camps and crisis-ridden areas can return to their normal lives.

The party also urged the National Assembly as well as state legislatives houses to strengthen all child rights and protection legislation and ensure effective implementation in the interest of the children.

“The PDP urges Nigerians to remain undeterred but continue to rally for the children and remain steadfast in the collective effort to rescue our nation from the misrule of the APC,” the statement added.