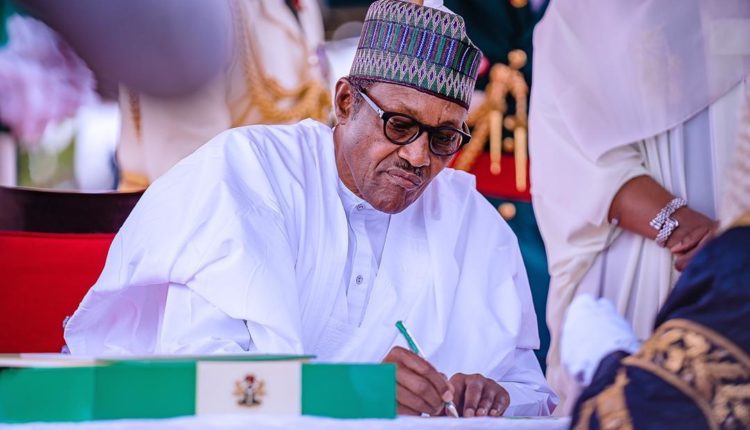 Towards repositioning the Nigeria Police Force for effective policing that meets the 21st-century demands in intelligence, President Muhammadu Buhari, has reorganized the force structure by extracting the Force Intelligence Bureau (FIB) from the Force Criminal Investigation Department (FCID).

The development, as arranged, meant that the Force Intelligence Bureau has now become a standard department to be headed by a Deputy Inspector-General of Police (DIG), in line with the new Nigeria Police command structure arrangement.

Besides, the President also approved the creation of five zonal commands for the Force as part of his administration’s drive towards addressing challenges posed by the dynamics of crimes in the country; a new structure for the four police colleges in the country located in Kaduna, Ikeja, Maiduguri, and Orji-River, to enhance training and capacity development of the junior cadre of the Force.

Towards strengthening administration, enhancing the commitment of staff, and engendering a higher level of discipline and the quality of training at the colleges, Buhari, also approved that the status of the commandants of the colleges is upgraded to the rank of Assistant Inspector-General of Police (AIG).

The Inspector-General of Police, Muhammad Adamu, while announcing the reorganization as approved by the President, noted that the structure was part of the government efforts to fully integrate intelligence-led policing strategy and community policing.

Adamu, through a statement released to newsmen on Thursday by the Force Public Relation Officer, Frank Mba, also stressed that the extraction of the FID from the FCID was in line with the principle of community policing.