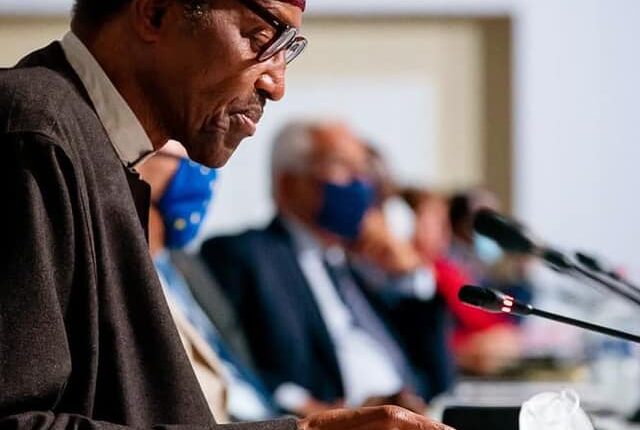 President Muhammadu Buhari has assured Nigerians that his administration’s commitment to free and fair elections would be followed through in every future election, explaining that the bedrock of democracy remains sustenance of the multi-party structure, with trust from citizens.

He noted that the results from elections since he assumed office had been a mixed bag, with the people’s choice playing out, promising to keep the template that had brought more credibility to the electoral process.

Speaking during an interactive session with some Nigerians in Paris, France, on Wednesday, the president stated that no efforts would be spared in upholding tenets of democracy and entrenching frontiers of the worldly acceptable system of government.

He boasted that Nigerians who had been following his trajectories would testify to his unflinching commitment to allow the choice of people to prevail during elections across the country.

“Free and fair election is a great concern. In the last elections, our party lost in some elections and it reflects our position of non-interference.

“We gave instructions to security to deal with anyone who uses thugs to disrupt electoral processes. What I can assure you is that you can walk about and around with your head raised high that this administration is committed to multi-party system,’’ Buhari was quoted as saying in a statement by his spokesman, Garba Shehu, on Wednesday.

The president said that he had watched Nigerians spend long hours in campaigns listening to candidates since 2003, 2007, 2011, when he contested elections and lost, and the 2015 and 2019 presidential elections, which he won.

“Nigerians deserve respect. I have suffered before, so I know what it means. My duty is to serve Nigeria and Nigerians with all my heart. I assure that in spite of the ill-luck, with drop in resources, we will do our best,’’ he added.

Buhari said that investments had been channeled into the agricultural sector, with visible results, explaining that the policy on border closure to neighbouring countries was to protect the economy and improve security. “The future of Nigeria is in agriculture,’’ he noted.

On security, the president said that all the service chiefs were changed in order to inject new energy and ideas into protecting the country, adding that the security chiefs were also given clear targets and timelines.

“We will educate people to develop our country. Our greatest resources are our people and educating them is a priority,’’ Buhari added.

In his remarks, Nigerian Ambassador to France, Kayode Laro, appreciated the president for always creating time to interact with Nigerians, describing him as the “most friendly president to Nigerians in diaspora’’. At the meeting, Nigerians in Paris raised issues with the President on security, voting in elections, economy, and education.