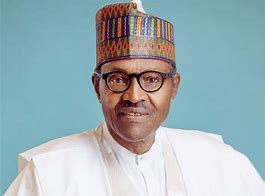 It would be recalled that Nigeria had partially closed its land borders with an aim to curb illegal importation of contraband goods such as food items, arms, and ammunition into the country and that its neigbhours had called for reopening of the borders, citing negative impacts on their various economies.

Speaking at an audience with the ECOWAS Bank for Investment and Development (EBID) outgoing President, Bashir Ifo, the president explained that the country had once again gained control of its land borders, and that as such, reason for partial borders closure had been realised.

He reiterated that the partial closure had given Nigeria a number of insights to its real needs as well a viable sources of homegrown income, adding that Nigerians now realised that many imported items which were looked on as staples were not necessities and also available locally.

According to the president, we have achieved food security. Nigerians now realise that it is not necessary to import food items like rice or frozen food that can be sourced locally at equally great or even better quality.

‘”We have curtailed the importation of drugs and proliferation of small arms which threaten our country”.

Buhari expressed his thanks and appreciation to Ifo on improvements that were recorded during his eight-year tenure and urged Dr Donkor, the incoming bank President to build on the achievements of his predecessor.

In his response, Donkor thanked the Nigerian President and the country’s people for the support given towards his emergence as president of the bank, adding that Buhari’s economic strategies had brought about economic recovery, economic stability and food security in Africa’s largest economy.

He assured Buhari of his commitment to partnering with Nigeria towards achieving rapid development in the country and in West Africa as a whole.