Three children, 11 others burnt to death along Lagos-Ibadan…

31 traders under detention for contravening Lagos… 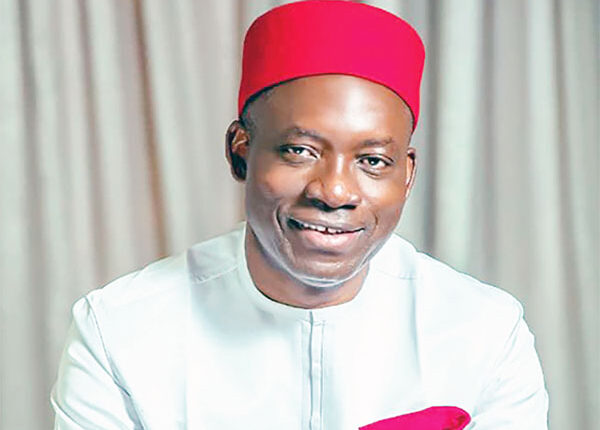 President Muhammadu Buhari has congratulated the candidate of the All Progressives Grand Alliance (APGA) and Anambra State Governor-elect, Prof. Charles Soludo, for winning the gubernatorial election, tasking him to priortise peace restoration when he gets to power.

He tasked Soludo, who is also member of the Presidential Economic Advisory Committee, to rally other stakeholders to tackle the enormous challenges confronting the state and the Southeast in general.

The president made the call in a congratulatory message contained in a statement by his spokesperson, Femi Adesina, on Wednesday, adding that it was important the governor-elect work assiduously in ensuring normalcy takes order of the day in Anambra and neighboring states in the region.

According to the statement, the president looks forward to working with the incoming governor for the peace, security and development of not only Anambra State, but the entire country.

Buhari, however, praised the security agencies for their determination to ensure that the election went on as smoothly as possible, and the Independent National Electoral Commission (INEC) for the successful conclusion of the exercise despite the initial challenges encountered.

Also, the candidate of the Young Progressive Party, Ifeanyi Ubah, congratulated the governor-elect and disclosed that he would not be challenging the poll outcome in court, adding that he believes he would soon have a shot at on the governorship seat.

Ubah, who currently represents Anambra South Senatorial District, said, “to everything there is a season, so the Holy Bible says. It is with a heart full of gratitude and submission to the will of God that I address you all today having enjoyed the unique privilege of earning your support to seek the Governorship office of our dear State Anambra.

“This is not the outcome that we wanted and worked so hard for. Although some people have expressed mixed feelings and reactions about the anomalies witnessed across numerous polling units.

“However, the collective interest of the state must be our paramount focus. Not minding the outcome of the elections, I feel pride and gratitude for this formidable campaign that we waged irrespective of the pervasive security crisis that did not allow us to maximize our full campaign potentials in the nooks and crannies of the State.

“As a Democrat and law-abiding citizen, I wholeheartedly accept outcome of the election and would like to use this medium to congratulate Prof. Charles Soludo on his victory. It is imperative to state that I do not intend to challenge the electoral results as announced by the Independent National Electoral Commission through any court or judicial process,” he said.

On his part, Anambra ex-governor, Peter Obi, in his congratulatory message commended residents of the state for trooping out in large numbers to cast their votes.

“I thank Anambrarians who braved all odds and came out to perform their civic duties. I urge them to support the in-coming governor through prayers and other legitimate means to see that Anambra returns to her former glory as the “Light of the Nation. Most importantly, I shall continue to commit the state into God’s hands for His will to be done at all times”.

The Guild had earlier reported that the electoral umpire declared Soludo, who was a Central Bank of Nigeria (CBN) ex-governor winner of the poll, ending over three days of voting process in the state.

Soludo was declared the winner of the gubernatorial poll by INEC after winning election in 19 of the 20 local governments where the exercise was conducted by the electoral umpire.

The Returning Officer of the Anambra Governorship Election, Prof Florence Obi, announced the result on Wednesday at the INEC office in Awka, the Anambra State capital after results of the supplementary election conducted in Ihiala was counted and recorded as polled for each of the parties.

The 61-year-old financial expert won with 112,229 votes beating Valentine Ozigbo of the Peoples Democratic Party (PDP), who polled 53,807 votes, and Andy Uba of the All Progressives Congress who got 43,285 votes. Ifeanyi Ubah of the Young Progressive Party polled 21,261 votes came fourth.