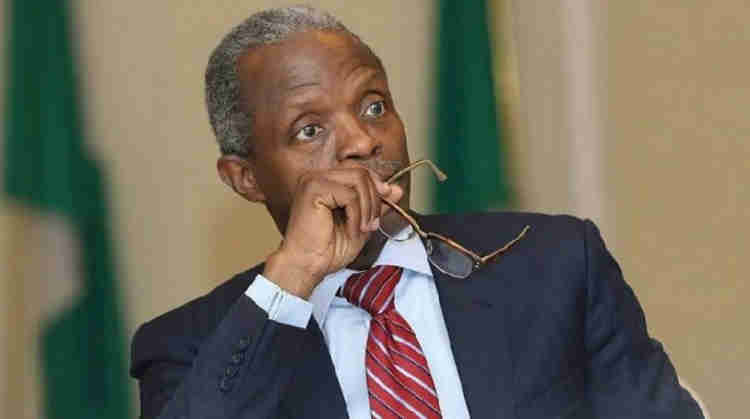 Indications has emerged that the alleged cold war between President Muhammadu Buhari and his deputy, Vice President Yemi Osinbajo was fabricated by some faceless cabals who jittery over what 2023 portends.

Informed sources within the All Progressive Congress, government circles and those in the presidency on Monday attributed the ongoing controversies on the Vice-President on those bent at fanning the ember of discord and hatred for political reasons.

A highly placed source in the Presidency, who confided in our correspondent, said that much fake news was concocted disseminated following the recent change of strategies and developments at the Aso Villa, insisting that Buhari and Osinbajo still remain in good terms. He blamed the circulation of fake news on disgruntled elements who are actively seeking to sow seeds of discord in the presidency.

According to an APC chieftain, who pleaded anonymity, the recent inauguration of a new Economic Advisory Council to replace the Economic Management team otherwise led by Osinbajo was not a sign of conflict or doubt about the Vice President’s competence and transparency but a change of strategy by the current administration. He added that the move was not a reduction of the statutory functions of the Vice President but a mere a change in strategy.

The source added: “As the Chairman of the constitutionally created National Economic Council, the VP will continue to play a leading role in matters Economic in singular support and assistance of his Principal, Mr. President. Only last Thursday the VP at the NEC meeting clarified that both NEC and the new EAC will interact.

Harping on the issue of agencies under Osinbajo, a senior official of National Emergency Management Agency, NEMA, who didn’t want his name mentioned, said that Osinbajo is still control of the parastatals under him, adding that “as far as I know, a Presidency statement has already clarified this, nothing is changing and there are no new directives. This is because nothing has gone wrong at all.  All the other stuff you read are all lies!”

According to him, the reports that new presidential directives stopped Osinbajo from being Chairmanship of NEMA, NDPHC was a blatant lie and one of the several fake news items being circulated in the media. “In fact, on the same day NEC met last week, VP also presided over an NDPHC board meeting. Even a report that there has been some kind of mismanagement of funds in agencies chaired by VP is parts of the lies flying around which the public must be wary of.

He also took a swipe on those behind the fabricated report on NEMA probe, saying “Specifically on the much nosed NEMA probe, the House of Representatives did not indict the VP. The report of the Committee is in the public. The Committee said the VP, then Acting President did not seek appropriations for the money he approved to deal with the impending famine in the North-east.

The impeccable source said that Presidency had since issued a public statement to debunk allegation of mismanagement, as  the money the approved by Ag President during dire emergency situation was sourced from the rice levy which had already been appropriated in that year’s budget. And that explanation settled the matter.

Another APC chieftain , who said they have be warned not to make a public  comment on the issue, said: there was also a false report that some money was found in some private accounts related to VP family or that some FIRS funds were traced to VP’S office and that Asiwaju Tinubu and Baba Akande were informed of some financial scandals or that Asiwaju himself is behind the attempt to smear the VP. all of such sorts are grand lies.

He added that some of them have discovered that a group of people within and outside government who want to attack the cordiality between the President and his constitutional deputy, the VP are behind the stories and the move against the VP. “So they are actively seeking to sow seeds of discord as some of them are afraid of what 2023 portends,” he added.